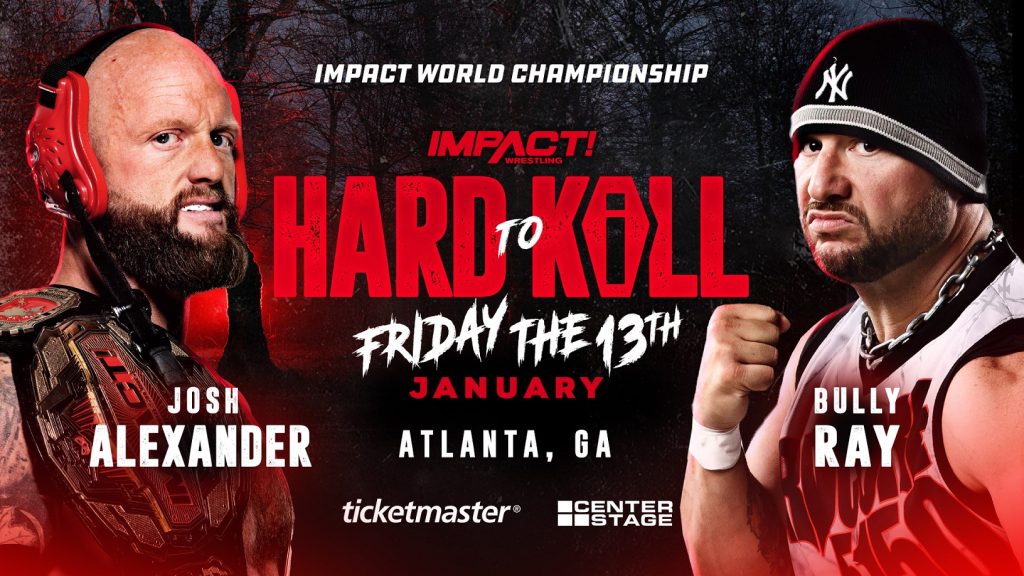 Impact Wrestling has announced combo tickets for their upcoming post-Hard To Kill tapings and a live 83 Weeks podcast taping with WWE Hall of Famer Eric Bischoff.

Impact’s Hard To Kill pay-per-view will take place on Friday, January 13 from Center Stage in Atlanta. Impact will tape TV episodes the next night, January 14, from the same venue. A live taping of Bischoff’s 83 Weeks podcast with co-host Conrad Thompson will also be held on January 14, at the Riverside Epicenter.

Tickets can be purchased at the link seen in the following announcement:

One night after Hard To Kill takes over Atlanta, the fun continues with two must-see events on Saturday, January 14th. Take advantage of this special offer and secure your ticket package to both Hard To Kill Fallout and 83 Weeks LIVE with Eric Bischoff and Conrad Thompson!

More on Hard To Kill Fallout:

Witness the fallout from Hard To Kill as the television trucks of IMPACT! on AXS TV come to Center Stage in Atlanta, featuring all your favorite IMPACT stars in action!

More on 83 Weeks LIVE with Eric Bischoff and Conrad Thompson:

Join Eric Bischoff and Conrad Thompson for a live edition of 83 Weeks in the heart of WCW country, Atlanta, Georgia! This special matinee show will feature a VIP Meet and Greet with Eric and Conrad before the show followed by an uncensored, unscripted, anything goes live version of 83 Weeks. You don’t want to miss this one!