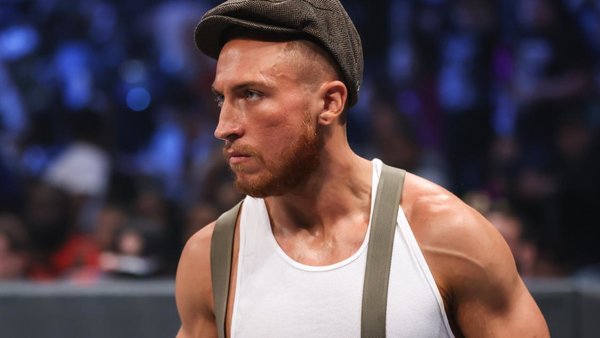 We noted before how McIntyre took to Twitter this evening to announce that he is not medically cleared to compete, and will not be able to team with Sheamus to challenge Undisputed WWE Tag Team Champions The Usos for the titles on SmackDown. There’s still no word yet on what sort of injury McIntyre is suffering from, but it was announced during tonight’s RAW that Butch will team with Sheamus to face The Usos on SmackDown. It was confirmed earlier that McIntyre is suffering from a legitimate medical issue, and this is not just some sort of angle for the storylines.

The Usos retained their titles over Matt Riddle and Kevin Owens in tonight’s RAW opener. Elias was scheduled to team with Riddle for the title shot, but The Bloodline beat him down in a backstage segment.

Below is the updated line-up for Friday’s SmackDown from the PPG Paints Arena in Pittsburgh, PA: