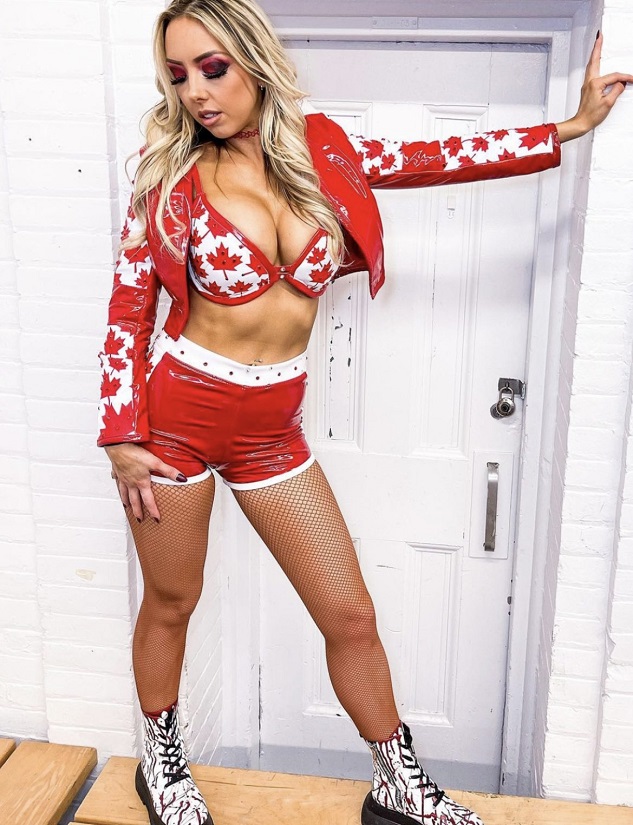 The Bunny loved seeing Liv Morgan’s guest role on Chucky, and recently discussed how her own love of horror got her an acting role. The AEW star spoke with the Grue Rume Show and discussed her appreciation of the genre, plus how reconnecting with her love of the Puppet Master franchise led to roles in Full Moon Features’ Puppet Master: Doktor Death. You can check out some highlights below:

On Morgan’s Chucky appearance: “Yeah, she was on Chucky! That was so cool. Like, I don’t know her personally but I was full-on cheering her on. Because I can imagine that was probably a huge deal for her and man, that is so cool.”

On her love of the Puppet Master films: “So I may or may not be slightly obsessed with — some would call obsessed — with the Puppet Master franchise. And going back to what I was saying earlier about how I watched horror movies as a child, I rented Puppet Master movies um constantly as a kid I. I loved them, you know, killer dolls. Like, how could you not love them, right? The puppets, the movie dolls, obviously Chucky, enjoyed them a lot.

On how she got a role in Doktor Death: “So I was blogging like last year and — I think it was last year — and I went with Ethan Page, and I was talking about how I was hunting for these replica Puppet Master molds they came out within the ’80s. And so I was talking about it, and then as I started talking about it, I realized like like there were other people that loved the franchise as well. So it really was very nostalgic for me to connect with other people that that loved Puppet Master too…

“So anyways, long story short, I connected with all these fans that also like Puppet Master. And it just resparked this love I had of it. And it sounds really weird but it made my inner child very happy to like go back and really deep dive into this franchise that I loved so much as a kid, and reconnect with it. And now I have uh replicas. I have a whole shelf of replicas the top of the actual puppets, I have two that just came in the mail that I have to unbox, I’m so excited! And figures and yeah, So you know, posting all these things on social media, Hugo at Full Moon — who I owe everything to — reached out to me and asked if I would like to work with them. And through that we met [producer] Charles Band and we got to do his
podcast. We went to Full Moon headquarters. I was dying inside because it was the coolest experience of my entire life. And then he, Charles, asked if we wanted to be in Doktor Death, and it was really cool.”