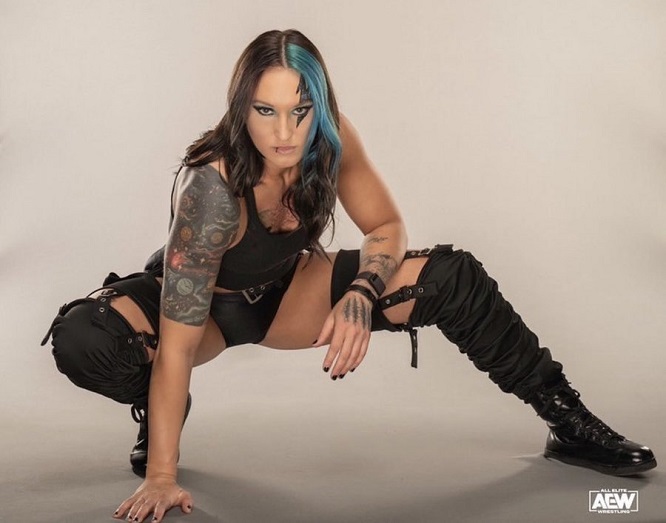 Statlander has been out of action since August when she tore her ACL during a matchup on Dark. That means she will be on the shelf anywhere from 6-9 months, and has once again missed several marquee AEW events, like last night’s Full Gear pay-per-view. In her post she tells fans that she has barely scratched the surface in her career thus far, but continues to be inspired by everything and everyone.

Right now, not being able to wrestle, I try to look at what I’ve accomplished. I’m so proud of my work, but I’ve barely even scratched the surface. I’m inspired by everything and everyone and I can’t wait to have the best years of my career when I’m back. I miss it so much.

– Jim Ross recently talked about a wide range of topics on his Grilling JR podcast.

During it, Ross shared his opinion of Nathan Jones, who joined WWE in 2002 and debuted on television in 2003 on SmackDown. Vince McMahon often praised Jones’ impressive physical condition and height of almost 6 feet 10 inches.

As soon as he appeared on WWE television, Jones was taken under The Undertaker’s wing. At WrestleMania 19, Jones and The Phenom were set to compete against A-Train and The Big Show in a tag team bout. Jones was later pulled from the match.. Jones briefly competed in Ohio Valley Wrestling before making a comeback to the main roster in the latter part of 2003 and ultimately leaving the company.

“I was very impressed. The eyeball test was pretty impressive, and he was a pretty bright guy, i.e., he could put sentences together. Physically, he turned heads, but Nathan was not ready to travel. We’ve had other guys there; their social skills didn’t correspond to their look. He was unsteady, he was unstable, I thought, a little bit.”