Chavo Guerrero on if he sees CM Punk going to WWE 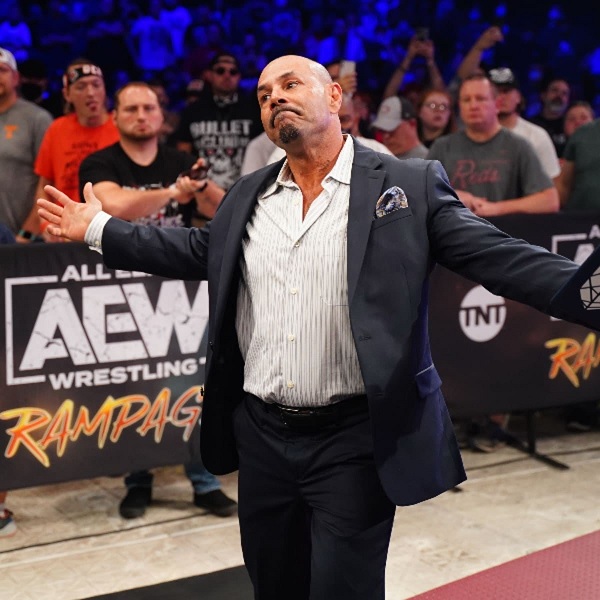 CM Punk’s AEW status has been a subject of speculation following the post-All Out media scrum and altercation, and Chavo Guerrero shares his thoughts on the matter. During a conversation with Wrestling Inc, Guerrero — who had a short run with AEW — was asked about the situation and if he sees Punk potentially going to WWE if he does in fact leave AEW. You can check out the highlights below:

On the All Out situation:

“Unfortunately, man, I was really excited to have Punk back in wrestling with AEW. I think he has something to give, a lot. And for that to happen… he’s an outspoken guy, a very volatile guy, and sometimes wears his heart on his sleeve too much in a sense. So you start talking about the producers or the vice presidents, and they’re going to have to protect their role too. They’re going to have to not just let somebody just speak about them. How it went about, I just heard hearsay, I wasn’t there … And we just know that there was some kind of scuffle involved. I don’t know exactly what happened, who started it or whatever. But at the same time, I see both sides. I see Punk talking and saying what he feels and what he sees, and then I see the VPs, whether they’re having to, those guys have to stand their ground. What are they, executive vice presidents? … But they have to stand their ground. So I see both sides. I wish they could coexist, but I don’t know what’s going to happen.”

On if he sees Punk possibly going back to WWE:

“I’d never say never, because there’s money to be made anywhere that… Especially WWE. Well, when Vince was there, he’d put his ego aside and make the money, and then fire you later, fire you afterwards. But it’s a tough one. I know that he wasn’t always in great standing there, but if they can make money, you can make money. And that’s just the way it goes. They’re going to put all beef aside. If you got Hogan that came back and nWo all came back, all those guys. So never say never in wrestling… Ultimate Warrior. Warrior did the Hall of Fame, and all the stuff that he went through and all the stuff that he talked. I remember Vince telling me what a horrible guy this guy was, what a horrible person he was. But at the same time, he put asses in the seats. And that’s Vince’s exact words to me. It all comes down to put the butts in the seats, and if you can do that, there’s a place with us.”