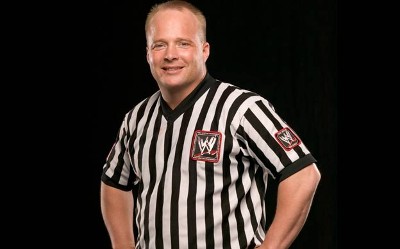 Jack Doan worked as a referee in WWE for nearly 12 years, and he recently recalled counting a legit pinfall in a match between CM Punk and Jack Swagger. Doan was a guest on Sportskeeda’s UnSKripted podcast and talked about the era when Vince McMahon started telling referees to count pinfalls if the performers didn’t kick out as planned, even if it resulted in the finish changing. You can check out some highlights below:

On who was typically speaking to him through his earpiece: “Most of my career, it was Jerry Brisco. Jerry would be getting yelled at, so Jerry would be yelling at us. And then I had — the thing was Vince is, you know, he was so into matches. And there was times you come back there and you would just get chewed out. But it was forgotten you were chewed out, ‘Don’t do it again.’ And then 20 minutes later it was forgotten.”

On counting the legit pin in a match: “There was a big span there where Vince really got tired of the guys — I mean basically, you’re doing your three-count, and we’re basically stopping ourselves before the three. And the guys are trying to make it too close where it could’ve been, we went through where some guys were just waiting way too long. And Vince was like, ‘Start counting them out.’

“So, of course, I got bonused for it and Vince was happy. But it was actually CM Punk and [Jack] Swagger. And if you actually go back and look at it, he kicked out in time and that was not the finish.”

On Punk not being happy with it: “They were doing an angle with Johnny Ace at the time, and that was a horrible feeling to go back [to the locker room]. But Vince had been riding it so hard about these guys waiting to the very last minute. And so I’m like, ‘Okay, well it was so close.’ About the same time I was hitting, he was kicking out. But you know, Vince applauded me but unfortunately Vince is not in the locker room with you.”

If you use any of the quotes in this article, please credit Sportskeeda Wrestling with a h/t to 411mania.com for the transcription.