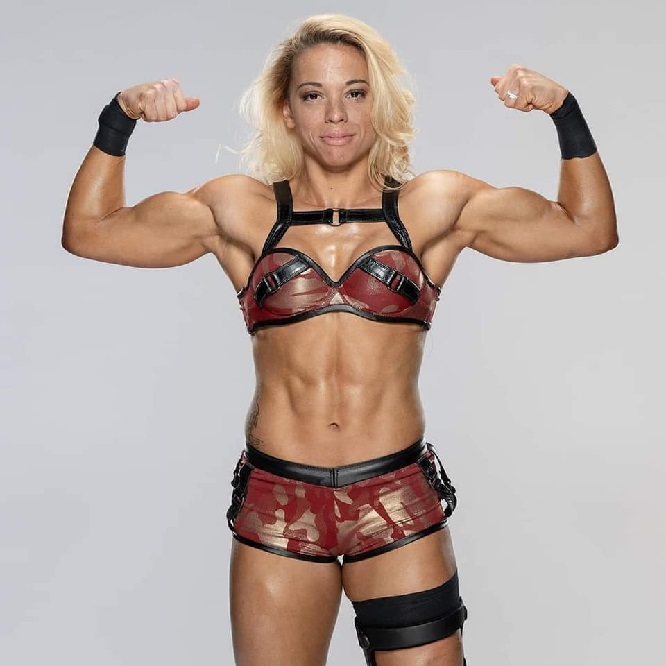 Tonight’s WWE NXT episode on the USA Network was headlined by Katana Chance and Kayden Carter retaining the NXT Women’s Tag Team Titles over Stark and Lyons. At one point during the match, there was some miscommunication as Stark almost ran into Lyons. The champions both charged but Lyons pushed Stark out of the way to save her, and then Lyons was taken out with a double superkick by Chance and Carter. Stark fought off both of the champions but Chance countered her and hit the tornado DDT. Chance and Carter then hit their top rope 450 neckbreaker combo finisher, allowing Carter to cover for the pin to win and retain. After the match, Stark and Lyons brought the title belts into the ring and presented them to Chance and Carter, bowing to show them respect. Stark suddenly swung the title belt at Lyons, laying her out to shock the crowd. Stark then went to attack Chance and Carter but they retreated to the floor. Stark proceeded to attack her former tag team partner while she was down, then she tossed the belt out to Chance and Carter. NXT went off the air with Stark standing over Lyons, taunting her. Despite the turn on fan-favorite Lyons, fans chanted for Stark as NXT went off the air.

Stark and Lyons began teaming on the September 13 NXT show, defeating Arianna Grace and Kiana James. Since then the picked up a TV win over Gigi Dolin and Jacy Jayne, but came up short against Chance and Carter in a title match two weeks ago. Tonight’s main event was a rematch from the October 25 show. There’s no word yet on what’s next for Stark and Lyons, but a match between the two is likely for NXT Deadline on Saturday, December 10.