Amale speaks out about her time in NXT UK, wanting to be part of NXT Europe, more 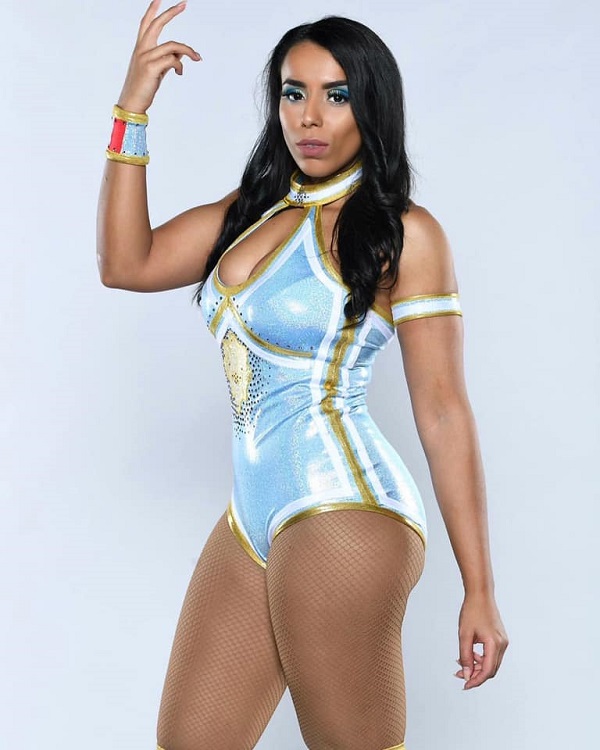 Former WWE NXT UK Superstar Amale joined Lee Tarrier of PWMania.com for an exclusive interview. During the conversation, Amale opened up about her time in WWE NXT UK, learning from the likes of Doudrop, wanting to be part of NXT Europe and much more. Here are some highlights

Her time in WWE NXT UK:

“It was unbelievable. I was so honored to be part of the most prestigious wrestling company in the world. This was my first ever time in the UK so I was excited and scared at the same time. It was a new place, a new country, new language, and a crazy time with the pandemic, so a lot was changing, but it was a challenge I was excited to face as I wanted to prove myself amongst this great talent.”

Learning from Doudrop and others in WWE NXT UK:

“Well, when I arrived, a lot of the roster was established but everyone was so helpful and determined to make NXT UK the best wrestling show there was. The people I would say I learned most from and who were so helpful were people like Kay Lee Ray, JD McDonagh and especially Doudrop. We had matches where she really wanted to give me the chance to show my skills and for the world to see my talent. Every time I got in the ring with these people, I felt I got better.

“Johnny Moss was a great trainer and it was just so good to go into the performance center and take everything in. Because of the pandemic, the tapings were spread out and we had no audience, but these people really made me feel like I was getting better all the time.

“What I really learned from trainers and even wrestlers who took classes was how a match creates a story. These guys helped me realise how the match progresses and you take fans on a journey and doing this when there was no crowd was hard, but very rewarding.

“It was the best place to learn.”

Wanting to be part of NXT Europe:

“For sure. I am loving the freedom I have as an independent wrestler right now, like I want to go across the world, get better, win titles and fight for many promotions, but I would love to part of NXT Europe as it is going to be really special.

“Like NXT UK, it is going to be big and I’m sure it will be a place where so much talent can go, become very good wrestlers and make great matches for the fans to see.

“Because of that, I want to be there. This is no gimmick, this is my life and I want to realize my dreams.”

Amale also spoke about working with Meiko Satomura, Jinny, Nina Samuels and Xia Brookside in NXT UK, her goals, and much more. You can read the complete interview at this link.