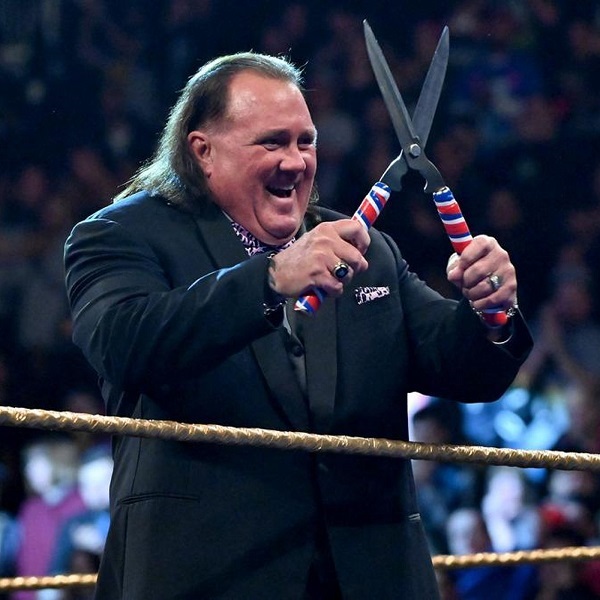 WWE Hall of Famer Brutus “The Barber” Beefcake recently spoke with Good Karma Wrestling about a wide range of topics, including his thoughts on top AEW tag team The Acclaimed, and how they got “Scissoring” over in the pro-wrestling circuit. Beefcake also touches on his Hall of Fame induction, an honor he thought he would never receive. Highlights from the interview can be found below.

How The Acclaimed got scissoring over without being barbers:

“It’s a big compliment for me because at least they aren’t trying to be a barber. The scissors are just so over and so powerful that you can’t hardly blame them for wanting to bring them back and utilize them.”

Discusses his Hall of Fame induction:

“I was beginning to think it was never going to happen. About 10 years ago, somebody called from the WWE building, it was on my phone, the caller ID. They left a message about me being in the Hall of Fame, that was about 10 years ago. Everybody got all excited. Everyone was going crazy. Turns out it was a prank call. After that, I was like, ‘Ok, don’t know who I made mad or pissed off. Being patient pays off.’ I was a patient fisherman. When they called, they had Sports Illustrated who they wanted to do a big release to announce me. They had the Hulkster come out…. My career has just been so tremendously blessed.”