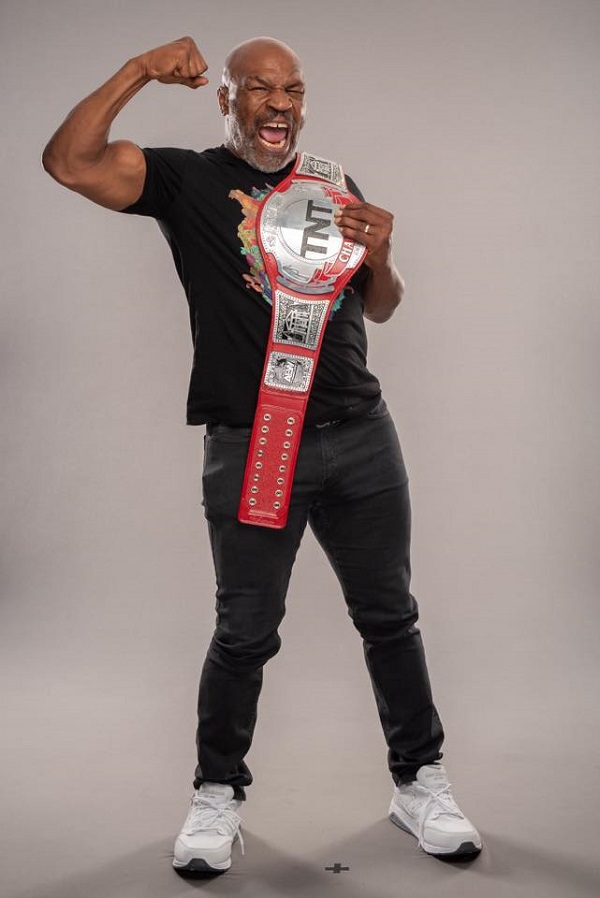 Nov. 2, 2022 – Ahead of this Friday’s action-packed “AEW: Rampage,” AEW announced that boxing legend Mike Tyson will serve as a special guest commentator on the show, which will air live on TNT from Jim Whelan Boardwalk Hall in Atlantic City, NJ. No stranger to AEW, Friday’s appearance marks Tyson’s fifth for the red-hot promotion, having first appeared at AEW’s DOUBLE OR NOTHING pay-per-view in 2020.

Since then, Tyson has served as both friend and foe to Chris Jericho in AEW. On the May 27, 2020, episode of “AEW: Dynamite,” Tyson, alongside MMA superstars Henry Cejudo, Rashad Evans and Vitor Belfort, confronted Jericho and the Inner Circle, clashing at the end of the show. Tyson returned less than a year later, aiding Jericho and the Inner Circle in their feud against MJF and The Pinnacle. Tyson also served as the special guest enforcer during a match between Jericho and Dax Harwood, delivering a one-punch knockout to Cash Wheeler in the process.

“We love having Mike Tyson on our shows and now fans will get a chance to see a different side of Mike in AEW as he steps into our commentary booth for the first time alongside the incredible team of Jim Ross, Excalibur and Tony Schiavone,” said Tony Khan, CEO, GM and Head of Creative of AEW.

“I’m excited for everyone in Atlantic City, and for those watching on TNT and around the world, to see what Mike has in store for us. AEW is firing on all cylinders right now and adding Iron Mike to the mix elevates everyone’s game even further.”

“It’s always good to return to Atlantic City,” said Mike Tyson. “I grew up as a wrestling fan so to be a special guest commentator for AEW this Friday is an honor. You never know what to expect when I’m a special guest so tune in.”

Also announced for Friday’s “AEW: Rampage” is the All-Atlantic City Dream Match, where the winner of tonight’s three-way matchup for the AEW All Atlantic Championship between Orange Cassidy (c), Luchasaurus and Rey Fénix will get to face the challenger of their choosing. Tune into “AEW: Dynamite” on TBS tonight at 8 p.m. ET to catch the action leading into Friday’s “AEW: Rampage” on TNT.

Tickets for Friday’s show in Atlantic City at Jim Whelan Boardwalk Hall start at $20 (plus fees) and are on sale now at AEWTIX.com.