Jimmy Smith on learning of his WWE departure before Raw 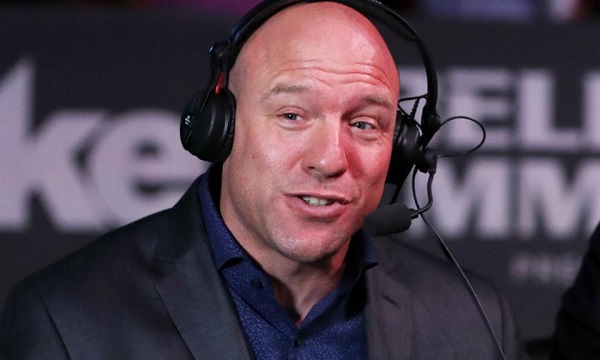 WWE announced big commentary changes on Thursday, which did not include Jimmy Smith, and shortly after the announcement Smith confirmed his release on Twitter. Smith revealed on his latest “Unlocking The Cage” podcast that WWE Chief Content Officer Triple H “accidentally” let him know he was being fired before Monday’s RAW.

“I might as well tell this story, why not? Triple H accidentally told me before the show Monday,” Smith said. “He screwed up and told me, he didn’t mean to. What happened was, I was doing my prep for the show and we had a production meeting and on-air Seth Rollins had cut a promo saying DC [Daniel Cormier] hates Riddle just as much as I do. So, everybody in the production meeting turns to me and goes, ‘What did he mean? Do they have some kind of personal problems?’ I’m the MMA guy, right? I said, “Well, Riddle’s been critical of fighter pay in the UFC, and Daniel Cormier is considered kind of a company guy. So, I go, ‘That could be what he was talking about.’ It was the only thing I could think of.

“Before the show, I go up to Riddle and I go, ‘Do you and DC have any kind of beef or problem? And he goes, ‘No, no, we’re cool. He might be upset that I outwrestled Jon Jones and he couldn’t.”

Smith continued, “He beat Jon Jones wrestling twice in New York, whatever. So, he goes, ‘He may be mad that I outwrestled Jon Jones twice.’ I said, ‘Oh man, that’s a good line, we gotta use that.’ So, I go to Triple H who was standing there, I go, ‘I just talked to Riddle and he gave me this line about how he outwrestled Jon Jones twice.’ And Triple H goes, ‘Okay cool, give that note to [Michael] Cole.’ And I went, ‘Why would I have to give that note to Cole if I’m calling the match on Saturday? Oh, I’m not calling the match on Saturday. Oh, I’m probably fired.'”

“I knew basically the whole show Monday night that I was not coming back. So, when I got the call Tuesday, I was not particularly surprised.”