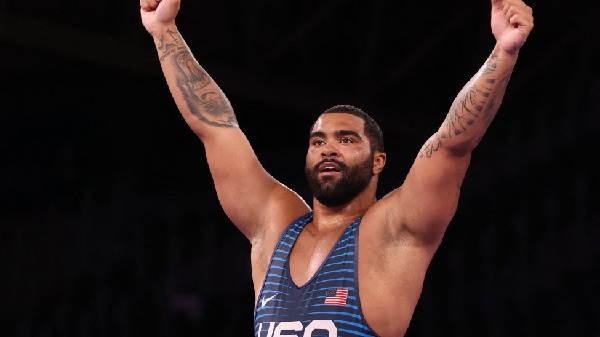 Steveson told ESPN that the health issue was discovered last year before he traveled to Tokyo for the Olympics, but he didn’t undergo the procedure until WWE’s medical staff advised him through the process, which included the recommendation of top cardiologists to treat his condition.

The process spanned many months, which delayed Steveson’s full-time start at the WWE Performance Center.

ESPN noted, “WPW is a rare congenital heart defect, present at birth, in which an extra electrical pathway causes a rapid heartbeat. An ablation is a procedure that uses small burns or freezes to cause scarring on the inside of the heart to help break up the electrical signals and maintain a normal heart rhythm.”

Steveson, the brother of WWE NXT Superstar Damon Kemp, said he’s excited to get his WWE journey started as he hopes to compete on RAW and SmackDown in the near future. He was drafted to RAW in October 2021 and has made a few special appearances since then.

“We’re just excited to get this journey started, it’s been a long road to get to this point,” Steveson said. “… I feel that I’m capable of being in that top spot and I feel that I’m capable of handling that position in the right way. I’m a competitor, I’m an entertainer. I can do things that a lot of other big guys can’t. I look forward to putting that on display and sooner or later, taking over that top spot and being the guy that people want to see.”

Steveson is currently working under the legendary Fit Finlay at the Performance Center. This comes after WWE set up a remote training facility for him near the University of Minnesota last winter so that he could pursue a second NCAA championship.

“Right now, I’m just hammering out wrestling with the other WWE superstars and being able to diversify myself in there with my amateur wrestling and mixing in the pro wrestling, too, is going to be a big thing for me,” Steveson said. “I think right now, a big thing for me is taking in everything and being like a sponge and soaking everything in and just listening, keeping my ears open, keep my eyes open, and at the end of the day, if you do that, you can only go forward.”

Steveson said he’s 100% committed to becoming the next big thing in WWE, which is a lifelong dream he’s now ready to realize.

“We’re glad to see that Gable is healthy and training full time at our Performance Center in Orlando,” said WWE Hall of Famer and Chief Content Officer Triple H to ESPN. “WWE takes pride in our best-in-class medical team which guided Gable through this process to ensure that he has a long, healthy career with WWE.”