WWE announces Otis vs. Braun Strowman for next week 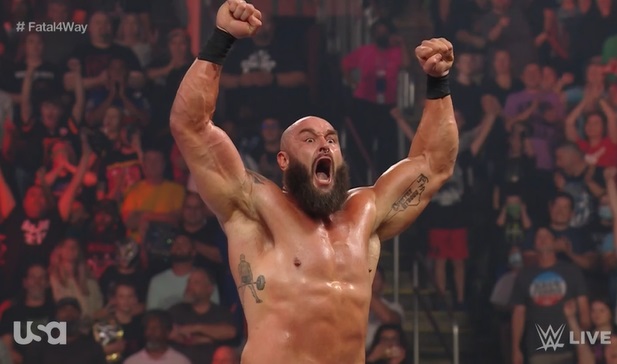 Braun Strowman is set to make his in-ring return for WWE next week. WWE has announced that Strowman will face Otis on next Friday’s SmackDown in Salt Lake City, UT.

The Monster of All Monsters made his surprise WWE return on the September 5 RAW, wreaking havoc in a Fatal 4 Way that featured Alpha Academy, The New Day, The Street Profits and Los Lotharios. Strowman then took out Alpha Academy again on the September 9 SmackDown. This week’s SmackDown saw Strowman barrel through a segment with Maximum Male Models showing off their Back To School Collection. He was then interrupted by Chad Gable, who provided the distraction while Otis attacked Strowman from behind. Strowman ended up beating Otis down, and fighting Gable off when he rushed into the ring. Otis kept coming and eventually put Strowman down with a World’s Strongest Slam in the middle of the ring. Strowman popped right back up, angrier than before, but Alpha Academy retreated from the ring before he could get his hands on him. The two sides then yelled at each other from the ring and the floor, with Gable holding Otis back from returning to the ring.

Next week’s match will be Strowman’s first in WWE since the 2021 WrestleMania Backlash event, which saw then-WWE Champion Bobby Lashley retain over Strowman and Drew McIntyre in a Triple Threat. Strowman’s last WWE singles match was a win over McIntyre on the April 26, 2021 RAW. Strowman’s last match appears to be at the CYN vs. AML: Awakening event on July 31, where he teamed with EC3 and Austin Aries for a six-man win over John Skyler, Zane Dawson and Dave Dawson.