Sasha Banks and Naomi made their debuts as runway models this week.

Banks and Naomi walked the runway for the Mister Triple X + Dr. Martens fashion show put on by Art Hearts Fashion on Thursday night at The Angel Orensanz Center in New York City. The event was a part of New York Fashion Week.

Mister Triple X is a high-end streetwear brand based out of Los Angeles. Creator Erik Rosete posted a photo of Banks modeling his clothes to Instagram Stories, as seen in the screenshot below. You can also see additional photos of Banks and Naomi below, along with full video of the event. Banks can be seen at around the 2:30 mark and Naomi can be seen around the 3:45 mark. The thumbnail to the video does not show up, but the video does play.

Banks posted several photos to Instagram and wrote, “Too classy to be touched. #nyfw @trinity_fatu”

Banks also tweeted a photo of she and Naomi outside of The Angel Orensanz Center and captioned it with, “Channeling our inner @NaomiCampbell & #TyraBanks @NaomiWWE [smiling face with heart eyes] #NYFW”

Banks and Naomi have been away from WWE since walking out of a RAW taping on May 16, reportedly due to how they were unhappy with creative. It’s believed that they will be returning in the near future now that WWE Chief Content Officer Triple H is running the show, but that has not been confirmed.

Below are photos and the full video of Banks and Naomi at the Mister Triple X fashion show: 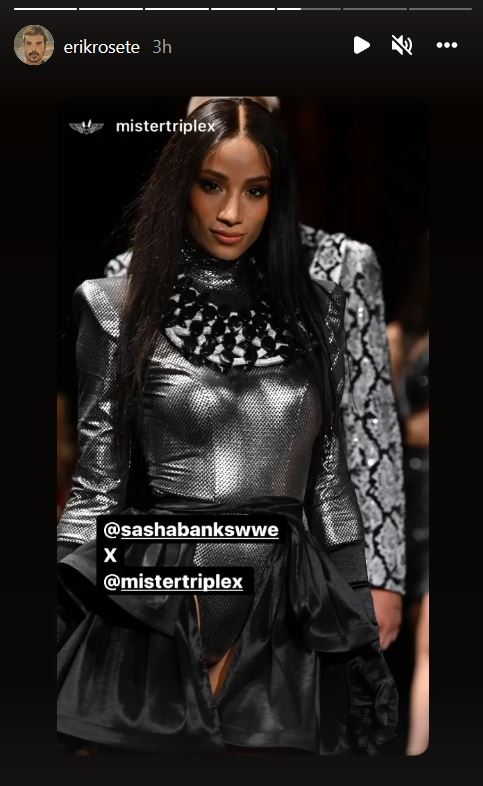