This Day in Wrestling History – August 4 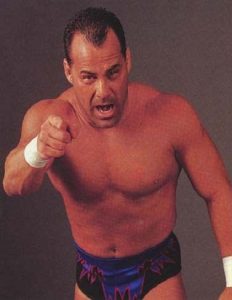 1995 – The Heavenly Bodies (Jimmy Del Ray & Tom Prichard) defeat The Thugs (Tony Anthony & Tracy Smothers), to win the SMW Tag Team Championship.  They would be the final champions before the promotion closed in November 1995.

1996 – WCW’s Kollision in Korea (Collision in Korea on the VHS release) airs on PPV.  The event was taped over two days (April 28-29, 1995) at May Day Stadium, in Pyongyang, North Korea.  It was a joint promotion between WCW & NJPW and was the first major appearance of an American wrestling promotion in Korea.  It also set the record for the largest attendance at a wrestling event, with 340,000 people attending over the two days.

2002 – At a house show in Pittsburgh, Bradshaw defeats Tommy Dreamer, to win the WWE Hardcore Championship.  With the 24/7 Rule in effect, Bradshaw would lose the title back to Dreamer, before the end of the night.

2011 – The Amazing Red announces on Twitter that he has left TNA Wrestling, citing that creative had no storyline for him.

Today would have been the 90th birthday for southern wrestling star Tiger Conway, Sr.