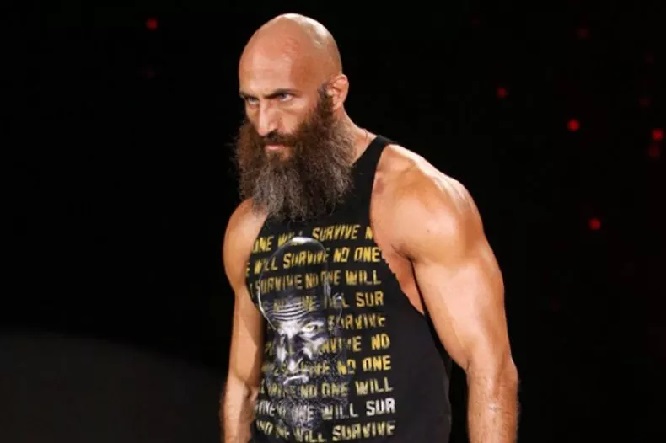 A new report indicates that Ciampa may be in for a big push on WWE’s main roster.

There have been increased discussions about “enhancing the presentation” of the former WWE NXT Champion, according to Fightful Select. Ciampa obviously has a big supporter in Executive Vice President of Talent Relations & Head of Creative Triple H, and was seen as one of the likely beneficiaries of the regime change following the retirement of Vince McMahon.

There’s talk of putting Ciampa in more matches that showcase his ability, possibly as soon as tonight’s post-SummerSlam RAW. There was also talk of bringing back Ciampa’s NXT theme song.

Ciampa has received positive reviews from his peers and other staff for his recent work with The Miz, his willingness to embrace the role, and his attitude backstage since he was called up to RAW.

One source noted that Ciampa’s demeanor has been “great,” and that he’s worked hard to make the most out of everything presented to him under McMahon, when originally there wasn’t even a plan for him to be on RAW or SmackDown.

Ciampa’s recent promo with The Miz turned a lot of heads and impressed several people backstage. You can see that promo below.