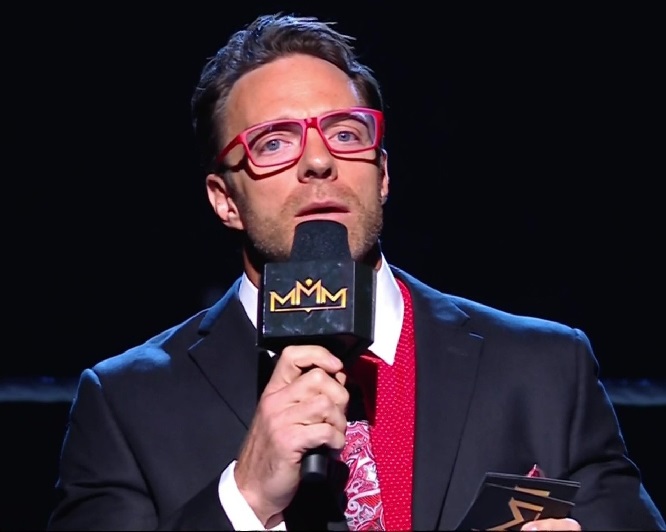 As noted, Dupri was not at last week’s SmackDown in Boston for the reveal of his sister, Maxxine Dupri, who is played by the former Sofia Cromwell of WWE NXT. Maxxine mentioned how her brother wasn’t there, then introduced herself and announced that Maximum Male Models will reveal their 2022 SummerSlam Beachwear Collection on tonight’s go-home episode. It was later reported that Max was officially done with the stable after “rubbing some people the wrong way backstage,” which led to Vince making the decision to write him out of the storyline before his retirement was announced.

In an update, a new report from the Wrestling Observer Newsletter notes that Vince made the decision to pull Max from the group after one of the earlier Maximum Male Models segments went bad, and Vince blamed that on Max’s delivery of some of his lines.

It was also said that Max spoke up about some of the scripting for the segment, and apparently that didn’t go over well with Vince and others.

It remains to be seen what WWE will do with Max now that Vince is no longer there and no longer running creative. The former LA Knight has his supporters within the company but the idea as of last week was that he is done with the Maximum Male Models storyline.

WWE Shop recently pulled the Maximum Male Models t-shirt with Max, ma.çé and mån.sôör on the front, but the Max Dupri Twitter account is still live as of this writing.

Max has not publicly commented on any changes with the character but he did tweet after being off last week’s SmackDown, writing, “So, what did I miss??”

Max liked one fan response to that tweet, which said, “Your pink slip.”

It’s interesting to note how Maxxine stated last week that the SummerSlam Beachwear Collection would be revealed on tonight’s SmackDown episode, but that segment is not currently listed on the official WWE website SmackDown preview. That does not necessarily mean it won’t air.