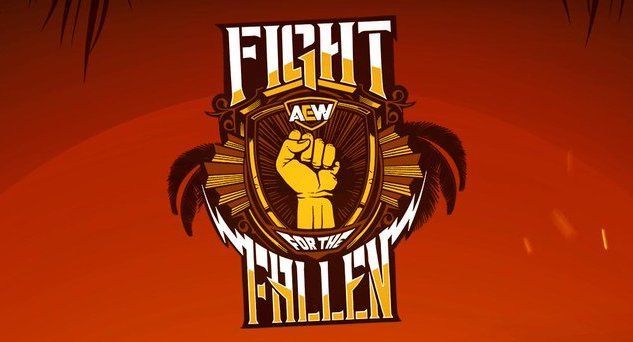 Match #1 – Trios Tag Team Match: Best Friends (Chuck Taylor and Trent Beretta) and Orange Cassidy vs. Jay Lethal, Satnam Singh, and Sonjay Dutt
Beretta and Lethal start the match, and they exchange quick one counts. Beretta gets a quick two count, and then Lethal shoves him away for a stalemate. Cassidy tags in and tells Lethal to hold on, and then tells Lethal to tag in Singh. Dutt tags in instead and takes off his suit jacket and hands it to referee Rick Knox. Cassidy puts his sunglasses on Knox, and then delivers the shin kicks to Dutt. Dutt tags Singh in, and Cassidy goes for a dropkick. Singh doesn’t budge, and then slams Cassidy in the corner. Best Friends get in the ring to double team Singh, but he takes them down with a double cross-body. Lethal tags in and stomps on Cassidy in the corner as the show heads to a commercial.
Back from the break, Lethal sends Cassidy into the corner and charges, but Cassidy dodges him. Lethal applies a waist-lock, but Cassidy gets free and tags in Taylor. Taylor drops Lethal with a few clotheslines, and follows with a belly-to-belly suplex. Taylor charges in the corner, but Lethal dodges as Beretta tags in. Best Friends double-team Lethal, but Singh grabs them around their throats. They fight him off and dropkick his knees to send him to the floor. They hug, and then Lethal drops them with a double Lethal Injection. Cassidy tags in and drops Lethal with a cross-body, followed by a spinning DDT. Dutt comes in with his pencil, but Cassidy stops him. Dutt delivers Cassidy’s shin kicks, and Cassidy breaks his pencil. Cassidy delivers the Orange Punch and gets the pin fall as Best Friends grab Singh’s ankles on the apron.
Winners: Best Friends and Orange Cassidy
-After the match, Singh attacks Best Friends and Cassidy, and then Lethal drops Cassidy with the Lethal Injection. Wardlow comes to the ring and stares all three of them down. Lethal steps up to him, but Dutt and Singh pull him back and they leave the ring.

Footage of the FTR/Briscoes match from last weekend’s Death Before Dishonor pay-per-view airs.

Match #2 – Singles Match: Ethan Page vs. Leon Ruffin
Ruffin charges, but Page drives him into the corner and beats him down. Page tosses Ruffin across the ring and drops him with a shoulder tackle. Page slams Ruffin into the corner and charges, but Ruffin didges him. Ruffin delivers body shots, but Page drops him with one shot as Stokely Hathaway and Leila Grey are watching backstage. Page delivers the Ego’s Edge and says “I hate this place” as he gets the pin fall.
Winner: Ethan Page

Lexy Nair interviews Cole Karter. Before he can talk, QT Marshall and The Factory interrupt. Marshall says the last time he saw Karter, Anthony Ogogo was punshing him out. Marshall says he saw potential in Karter and offers him a spot in The Factory. Marshall tells him to sleep on it, but in his own bed and not with the fishes.

Match #3 – Singles Match: Lee Moriarty vs. Matt Sydal
They shake hands, and then Moriarty pulls Sydal in and delivers a headbutt. Moriarty delivers another shot, and then takes him down with a front chancery suplex. Moriarty wrenches Sydal’s arm, but Sydal comes back with a knee strike. Sydal kicks Moriarty in the face and sends him to the corner as the show heads to a commercial.
Back from the break, they exchange shots and take each other down. They keep fighting as they get back to their feet, and then Sydal hits the Lightning Spiral. Sydal goes for the cover, but Moriarty kicks out as Stokely Hathaway walks to ringside. Moriarty gets Sydal up top, but Sydal shoves him away. Hathaway gets on the apron and grabs Sydal’s ankle, but Sydal kicks him away. Moriarty knocks Sydal down on the turnbuckle, and then slams him to the mat. Moriarty goes for the cover, but Sydal kicks out. Moriarty delivers right hands and locks in the Motor City Stretch, and Sydal taps out.
Winner: Lee Moriarty
-After the match, Hathaway gets into the ring. He extends a business card to Moriarty, and he accepts it.

Dr. Britt Baker, D.M.D. and Rebel are backstage. Baker says Thunder Rosa’s title reign might be coming to an end, but says she is smart for keeping Toni Storm close to her side. Baker says Storm is silly for staying so close to Rosa, when Rosa has everything that Storm could possibly want. Baker says she will let them figure all of that out on their own, and that she will see them on Wednesday.

Schiavone introduces the new ROH World Champion, Claudio Castagnoli, who is joined by William Regal. Castagnoli thanks all the fans and says there have been many times when he doubted himself. He says the fans never let him down and were always there for him, and it is an honor to stand in front of them as ROH World Champion. Castagnoli says this is just the beginning, and says there is someone else who had a great night at Death Before Dishonor. He introduces his Blackpool Combat Club mate and ROH Pure Champion, Wheeler Yuta. Before Yuta can talk, Jericho gets up from the commentary table and interrupts. Jericho says the only thing Castagnoli deserves is his boot up his ass. Yuta interrupts him and says he beat Jericho’s boy, Daniel Garcia, to retain his title. Yuta says he knows he can beat Garcia, and now he is pretty sure he can beat Jericho, too. Jericho says Yuta can never beat him, and Yuta says Jericho sounds nervous. Yuta asks Castagnoli and Regal if he can beat Jericho, and they agree. The fans agree, as well, and Jericho interrupts again. Jericho says Yuta cannot beat him and challenges Yuta to a match this Wednesday on Dynamite. Yuta says no and says he doesn’t need a match to know he can beat Jericho. Jericho says he is so sure that he can beat Yuta that he will put up his title match against Jon Moxley, and says Yuta can have the title match if he can beat him. Yuta says that was easier than he thought, and accepts the match.

The Acclaimed premier their new music video. They reveal that they will take on The Gunn Club in a Dumpster Match, and it will happen this Wednesday on Dynamite.

Match #4 – Singles Match: Anna Jay vs. Ruby Soho
They go back and forth for a minute, and then Soho goes for No Future. Jay blocks it, but Soho gets her in a back-slide for a two count. Soho delivers a knee strikes and charges. Jay dodges, but Soho delivers a back elbow. Jay blocks a corner shot and kicks Soho in the face. Jay drops Soho in the corner and taunts her as the show heads to a commercial.
Back from the break, Jay works over Soho’s injured arm and takes off the brace. Soho fights back with a few forearm shots, but Jay shoves her away. Soho comes back with a side suplex, and they exchange slaps on the mat. Jay wrenches Soho’s arm, but Soho delivers a headbutt. Jay keeps wrenching Soho’s arm, but Soho comes back with a series of headbutts. Soho kicks Jay in the face and delivers a knee strike to the midsection. Soho kicks Jay in the face and takes her down with a back heel trip. Soho goes for the cover, but Jay kicks out. Soho goes for Destination Unknown, but Jay counters and slams Soho down. Jay goes for the cover, but Soho kicks out. Jay delivers another shot and goes for another cover, but Soho kicks out. Jay locks in the Queen Slayer, but Soho counters and gets a two count. Soho delivers No Future and goes for the cover, but Jay kicks out. Soho kicks Jay in the midsection and goes up top. Soho goes for the senton, but Jay dodges it and delivers forearm strikes. Jay throws her armbands across the ring and grabs the brace from the corner. Jay chokes Soho with the brace and the Queen Slayer, and Soho passes out.
Winner: Anna Jay