This Day in Wrestling History – July 28 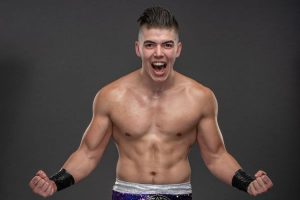 2002 – With the 24/7 rule, the WWE Hardcore Championship sees the title passed from Bradshaw to Raven, to Justin Credible, to Shawn Stasiak, and back to Bradshaw.

2004: In an Ultimate X Match, Kazarian and Michael Shane defeat AJ Styles to become X Division co-champions. Both Shane and Kazarian had retrieved the title at the same time.

2007 – TNA signs suspended Tennessee Titan cornerback Adam “Pacman” Jones to a deal that would see the NFL star perform as a professional wrestler. The NFL would step in to prevent Jones from being truly physically involved, although he would have a run as TNA Tag Team champion and would get to pin Sting during his run.

2008 – WWE programming officially drops from a TV-14 rating to TV-PG. On the same day, Mike Adamle is named the new General Manager of RAW.