This Day in Wrestling History – July 25 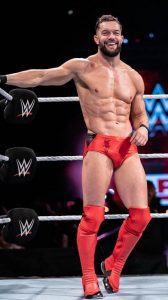 2011 – On Monday Night RAW, Rey Mysterio defeats The Miz in the final of a tournament, to win the ‘vacant’ WWE Title, but loses the title to John Cena later on in the show. Throughout all this, CM Punk is also champion, as he ‘left the company’ with the title around one week earlier.

Also, today would have been the birthday of one-time NWA World Champion Whipper Billy Watson.