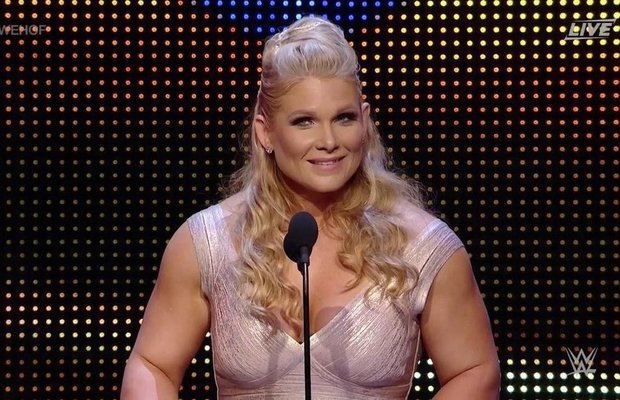 WWE Hall of Famers Edge and Beth Phoenix are now expected to return to the WWE storylines.

We noted before how WWE is bringing Edge to Monday’s SummerSlam go-home edition of RAW from Madison Square Garden. While he has not been confirmed for the RAW broadcast, WWE is bringing him to the show. It’s rumored that Edge will return to resume his feud with Damian Priest and Finn Balor of The Judgment Day, who will be facing The Mysterios on RAW, and who have promised to crash Rey’s 20th anniversary celebration.

In an update, a new report from PWInsider notes that WWE is also bringing Phoenix to Monday’s RAW. Furthermore, Edge and Beth are also booked to be at WWE SummerSlam. There is no confirmation that they will be on the SummerSlam card, but it’s likely as they are being brought in.

This new report could be a sign that WWE is planning to have Edge and Beth build to an angle or match at SummerSlam, which could end up being a match against Balor or Priest and Rhea Ripley, but that has not been confirmed. Ripley has been out of action since mid-June with a brain injury, and there’s no word on if she’s ready to return, or if WWE might introduce a new female Superstar to The Judgment Day.

Edge last teamed with his wife at the WWE Royal Rumble back in January. They defeated The Miz and Maryse. That was Beth’s first match since the 2020 Royal Rumble Match, and her first tag team match since WrestleMania 35 in 2019.

It was previously reported that WWE has plans to bring Edge back as a babyface. As we’ve noted, WWE began airing new mystery teaser vignettes during the recent Money In the Bank event, and it’s been reported that these promos are for Edge’s return. You can see the videos below. Edge has been away from WWE TV since being kicked out of The Judgment Day by Priest, Ripley and their then-new member, Balor, on the June 6 RAW. Edge was stretchered away from the ring after the beatdown that night, and the storyline update from WWE noted that he was taken to a local medical facility with head injuries. Another storyline injury update on Edge was issued during WWE’s The Bump later that week, noting that Edge suffered a non-displaced orbital floor fracture, which was found when he underwent orbital CT scans at a medical facility.

It was reported earlier this week how WWE is planning to bring Edge back as The Rated R Superstar.