Goldberg : “WCW Was Run by the Inmates” 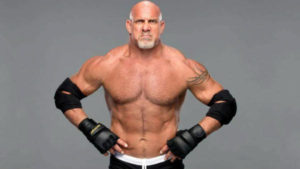 Bill Goldberg, on the latest episode of Uncut with Jay Cutler, discusses college football conference realignment, NIL deals for college athletes, transitioning from football to pro wrestling, and who ruled the roost in the WCW days.

-Goldberg also talked about his first impressions of pro wrestling.

“Football was my thing, and I was embarrassed to go out and be a wrestler.”

-Difference between WCW and WWE

“WCW was run by the inmates. WWE is a different entity, cooperate.”

-How he compares himself to other wrestlers

“[The} Rock is an entertainer, and I’m a competitor.”

-Goldberg also talks about his microphone skills and their importance

“I never developed them.” and went on to say, “You got to show range not just in wrestling but in life.”

“I still ask myself that question. You know, I didn’t think I was ever gonna do it again.”

“My wife and I were fortunate enough to have a little boy. He was six at the time, and I would not show him any of the stuff as I kind of repressed wrestling at the time.“

“I was in New York promoting something, and I saw Brock [Lesnar], and one thing led to another, and I said, you know what, my son needs to see this in real-time.“

Goldberg addresses other wrestling topics such as:

In this sneak peek, Goldberg, talks about how Lex Luger and Sting recruited him for WCW when he was a member of the Atlanta Falcons.