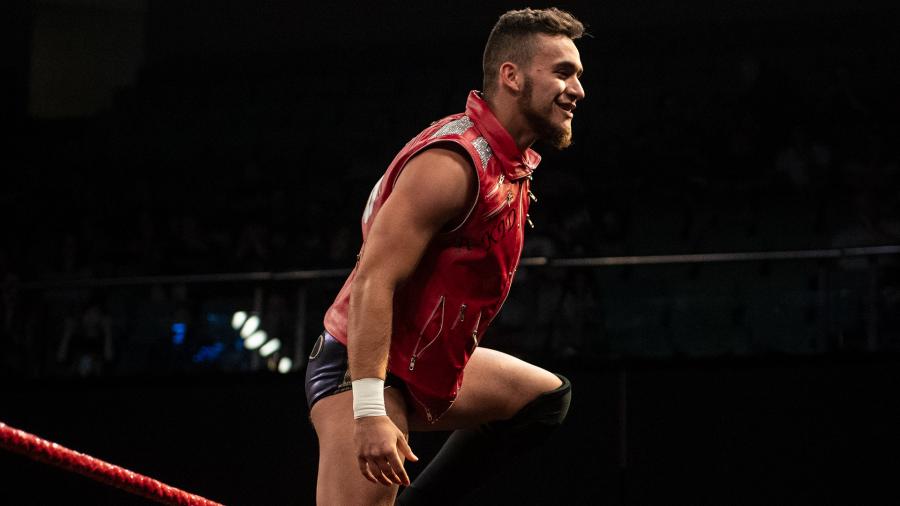 Axiom noted in his new vignette that he was a very bright child, but that got he and the other smart kids bullied, so he decided to do something about it, and he learned how to fight back. Axiom added that he knew it would take a lot to escape his environment, but he had a gift for mathematics and when he closed his eyes, he’d see numbers and equations, everything broken down to a formula. He also said he believes there is a solution to every problem, and while he’s been told he’s technically gifted in the ring, everything comes down to a solution, whether it’s mathematics or physics. Axiom continued his promo and said when the body fails, the mind can push you to new heights. He then declared that he is Axiom, and the vignette ended.

WWE previously began airing vignettes for A-Kid’s arrival on the NXT 2.0 brand back in early March. He made his 2.0 debut on the March 15 episode, defeating Kushida in what was his final singles match for the company. A-Kid then came up short against Grayson Waller on the March 22 NXT 2.0 show, and then worked a Triple Threat on the March 29 episode, with Roderick Strong and winner Cameron Grimes.

A-Kid has been away from NXT 2.0 since that Triple Threat on March 22. Before he debuted on NXT 2.0 during the March 15 show, A-Kid lost to Charlie Dempsey on the March 10 NXT UK show. He then teamed with Saxon Huxley for a loss to Dempsey and Rohan Raja on the March 24 NXT UK show, and lost to Teoman on the April 14 NXT UK show, which were taped around the time the singles loss to Dempsey was. A-Kid returned to London, England after that last NXT 2.0 Triple Threat as he worked the NXT UK TV tapings held in late April. He continued the feud with Die Familie by losing to Dempsey again, this time in a British Rounds Match, that aired on the May 26 episode.

A-Kid, now known as Axiom, has not been seen on WWE TV since that loss to Dempsey on the May 26 show. However, recent social media posts show that he has been training at the Daniel Gracie BJJ school in Orlando for a while now, so he is in the United States.

It’s likely that A-Kid was re-packaged as Axiom because he used the A-Kid name around the world before WWE signed him in April 2019.

There’s no word yet on when Axiom will return to NXT 2.0 action, or who his first feud might be with, but we will keep you updated. It will be interesting to see if he interacts with the stats expert of the NXT 2.0 women’s division, Kiana James, who is more focused on business numbers.