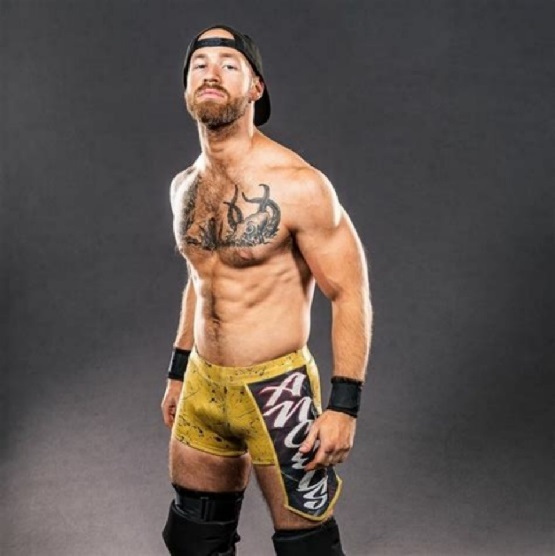 Alan “5” Angels of The Dark Order is reportedly no longer under contract to AEW.

Angels’ removed all AEW references from his social media bios this week, and changed his profile image to an all-black image. It was then reported by Bryan Alvarez of F4Wonline.com that Angels’ AEW contract did expire, but it’s believed that he will continue to work for the company on a per-date deal.

Angels took to Twitter on Monday and commented on his future.

“Excited for what’s next,” wrote the 24 year old Atlanta native.

For what it’s worth, Angels remains on the official AEW roster page as of this writing. He is now taking bookings via AlanAngelsBooking@gmail.com, and he has his own store on Pro Wrestling Tees.

Angels’ contract situation comes after fellow member of The Dark Order Stu Grayson left the company back in May after the two sides were unable to come to terms on a new deal.

After working a few years for southern indie promotions, Angels was signed by AEW in April 2020. He was squashed by Lance Archer in his debut on the April 8 Dynamite, but Angels joined The Dark Order later that summer.

Angels last wrestled for AEW at the June 11 Dark tapings, coming up short against Daniel Garcia in a Pure Rules match. He lost to QT Marshall on the June 14 Dark episode, which was taped on June 3. Angels has not won an AEW singles match since defeating enhancement talent Mike Reed on the October 24, 2021 Dark episode. Angels has continued to work for some indie promotions while with AEW, often teaming with Evil Uno at times. They recently lost to Aussie Open in the first round of the tournament to crown the inaugural NJPW Strong Openweight Tag Team Champions.

Excited for what’s next