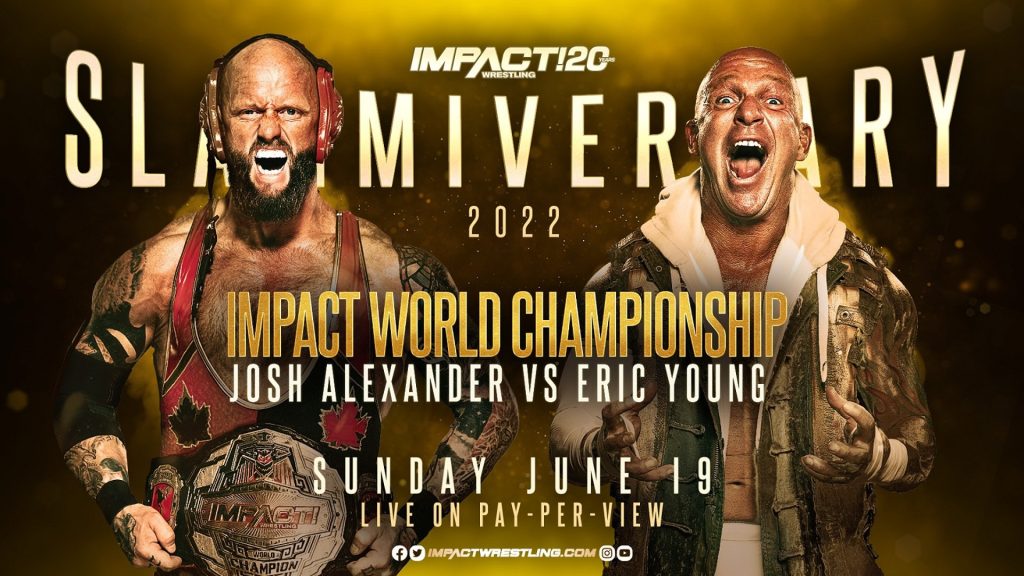 Dearest cackling hens. I wasn’t asked, or available, and it should not mar a great milestone set by Impact. Happy Anniversary, and my best going forward to all involved .

Weird–was invited back to TNA for their "Originals" Celebration prior to Covid. It never happend because of Covid. Heard from No One this time around. Question—What did I do now?!!! Just curious.

Several familiar faces showed up on the 20th anniversary of Impact Wrestling last night at Slammiversary, either in person or via video.

AJ Styles, Kurt Angle, and Sting all sent in video messages because they couldn’t be there live in person.

Former WWE champion AJ Styles did a two-minute video, mentioning the company’s first match he was involved in and the feuds he had. Styles said he would still be AJ Styles but how phenomenal would he be without Impact Wrestling? He thanked the fans, and thanked WWE for allowing him to do this because they know it is a special moment for him.

Kurt Angle said that TNA gave him an opportunity when he needed it and he’s very grateful. He mentioned some of the memorable feuds he had over the years in TNA and thanked the fans for their support.

Sting said that TNA was an outlet for him to get back in the industry and mentioned that he had great memories in the company, saying that people still mention his time in TNA when he meet them in airports.

Former TNA President Dixie Carter appeared at the top of the stage for a short speech and then introduced the returning Davey Richards as the final member of the Impact Originals team. Traci Brooks and D’Lo Brown both appeared during the match and just days after the death of his brother, Earl Hebner was there as well to make the pinfall and give the Impact team the victory. Brian Hebner was also part of the match.

Chris Harris and James Storm, known as America’s Most Wanted, also appeared after the Impact Tag Team title match and with beers in hand, they saluted Impact and its tag team division.

Christy Hemme also returned and introduced Scott D’Amore who came out with a Team Canada jersey. D’Amore is now an EVP with Impact Wrestling.

You can see the highlights of this special night below.

Tonight, a very special evening, it’s an evening that revolves around history and history on so many fronts.

We celebrate everything that brought us to this point and spotlight everybody that will take us into the future. THIS is #Slammiversary! pic.twitter.com/2MOlODRVVT

Check out what @AJStylesOrg had to say about being voted the most IMPACTful X Division wrestler of the past 20 years!#Slammiversary #IMPACT20 pic.twitter.com/8uIK0Dhhty

Check out what @RealKurtAngle had to say about @IMPACTWRESTLING celebrating 20 years! #Slammiversary pic.twitter.com/PE3Pja9g8T

Check out what @Sting had to say about @IMPACTWRESTLING celebrating 20 Years!#Slammiversary pic.twitter.com/gA9arhlAso

Two voices you could trust, two voices that made every single second they called better with their passion, enthusiasm and knowledge.

On this special night, we pay tribute to our original announce team – the legendary @DonWestDeals and @RealMikeTenay. #Slammiversary pic.twitter.com/NeyVX2T9pq