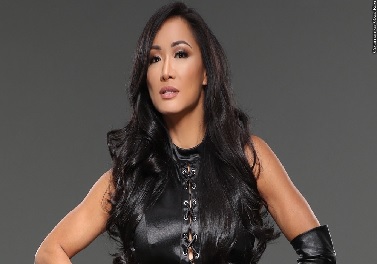 In an interview with Dominic DeAngelo for AdFreeShows (via Fightful), Gail Kim said that the Impact Wrestling women’s roster voted to keep ‘Knockouts’ as the name of their division. The decision was voted on within the last couple of years.

She said: “When it first became our name, the Knockouts, the Divas were happening in WWE, so it was kind of like the Women’s Division was always this special division, which it still is, but we had our own name that made us stand out from the bunch. Obviously, they got rid of that and made it all one into Superstars, and to be honest, a lot of fans don’t know this, but it was a topic of discussion probably within the last couple of years in terms of whether we change that name and take that away. The Knockouts of my generation were very sentimental about it. We love the name. We thought it was still strong. I guess in a way how fans would interpret it, outsiders, but we loved it because it felt like it was strong. It’s someone who can knock you out but also be a knockout, the double meaning there. So, we never felt like it was anything negative in any way. If anything we felt stronger because of the name and more special. As the generations started switching over, Scott D’Amore had even brought it to us saying, you know, there was discussion about whether this name was something we should still be using right now. I said, ‘I love it. I have a strong sentimental attachment to it.’ I feel like all the girls do. So we took a vote and had an open discussion about it. It was really a blended generation at that moment — actually, it was more of a current generation, to be honest with you, and it was pretty unanimous. I would say 98% said they wanted to keep the name, and that was because all of these girls from previous generation, who is the current generation, said ‘I grew up watching the Knockouts. You guys were the ones who inspired us. We wanted to be a Knockout.’ And so ultimately, as you know, we still have the name and that’s for a reason, because the girls wanted it. I feel like we are still a special part of the company and it’s not like we cant hang with everyone else, it’s just we like being that special part.“