Hook to wrestle on next week’s AEW Rampage 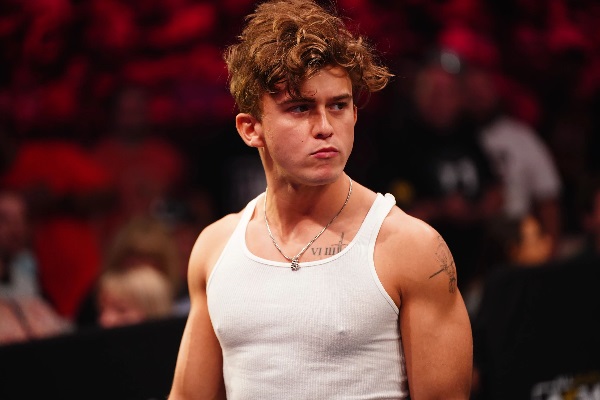 Hook is set to return to the ring on next Friday’s AEW Rampage, which will be the go-home show for the AEW x NJPW Forbidden Door pay-per-view.

This week’s Road Rager Rampage featured Lexy Nair interviewing Hook backstage. She announced that he will wrestle a top prospect from the NJPW Los Angeles Dojo next Friday night, but the opponent was not named.

Nair remarked how this will be an exciting way to kick off Forbidden Door weekend, but Hook didn’t seem interested as usual. She then asked if anything excites him, and he shot her a look with his eyebrow raised. Nair quickly moved on but Danhausen then interrupted.

Danhausen kept using “we” when commenting on how they will annihilate, destroy and eviscerate the NJPW LA Dojo prospects next week on Rampage, until Hook interrupted him with a hand on his chest.

“I’ve got this,” Hook said, breaking his silence before walking off off.

This is the only match announced for the go-home Rampage as of this writing, but we will keep you updated.

Below is video of the Hook segment on last night’s Road Rager Rampage:

Only a few words needed because #AEW x #NJPW #ForbiddenDoor weekend kicks off next FRIDAY on #AEWRampage when @730hook takes on a top prospect from NJPW’s LA Dojo!

Tune in NOW to #AEWRampage on TNT! pic.twitter.com/dGk9sr72Z9