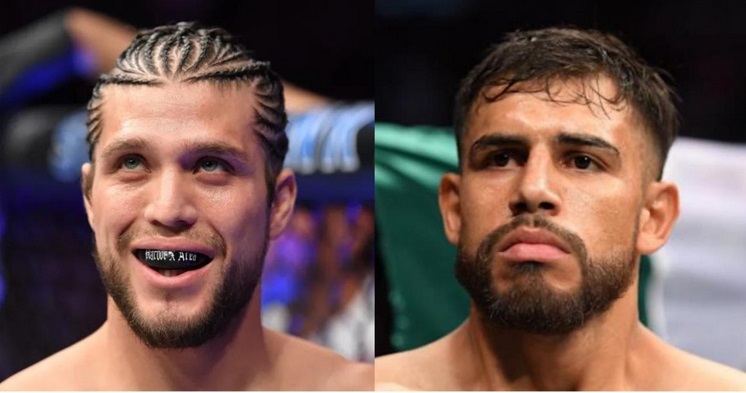 The UFC returns to the UBS arena in Long Island, New York, for another stacked UFC pay-per-view event.

Two former UFC featherweight contenders, Brian Ortega and Yair Rodriguez, will take centre stage in the main event. Read on for our complete Ortega vs. Rodriguez guide, previewing both fighters, the updated betting odds and our main event prediction.

As a practitioner of various martial arts from an early age, Brian “T-City” Ortega has reached the highest level of the sport behind a lifelong experience of competitive fighting. Muay Thai and Brazilian Jiu-Jitsu were his disciplines of choice, and it was an 8-0 unbeaten record in 2014 that caused the UFC to come calling. Ortega’s undefeated streak was active until his path was crossed with Max Holloway in 2018. The Californian native received his first-ever UFC title opportunity when facing Max. Still, the previously unstoppable Ortega was taught a valuable lesson in the striking realm, and the taste of defeat arose for the first time in his career.

Prior to this loss, Ortega was an unstoppable force with stoppage victories over seven UFC competitors. And they weren’t just insignificant opponents, as Ortega battled through former champions and veterans of the sport to reach a top-5 featherweight ranking. Clay Guida, Diego Brandao, Renato Moicano, Cub Swanson, and Frankie Edgar all fell victim to the slick skills of Ortega.

It’s been four years since the legendary contest between Ortega and Holloway, “T-City” has since derailed the force that is Chan Sung Jung to put himself straight back into title contention. Still, in his second title attempt versus Alexander Volkanovski, it was another losing effort to set him back. Aged 30, Ortega is reaching the peak of his career, which is a scary thought when looking back on what he’s accomplished thus far. Despite losing, he came ultra-close to submitting Volkanovski, as I believe we’re yet to see the best version of Ortega yet.

Yair Rodriguez burst onto the UFC scene and became an instant fan favorite. In 2019, his absence from the cage left fans in turmoil because the walking highlight-reel was deeply missed.

Upon his return in late 2021, a five-round battle with Max Holloway instantly reminded us of why Yair is one of the most entertaining strikers to ever step inside the octagon. And despite losing a unanimous decision, Yair was part of another instant classic for the history books.

Unorthodox striking techniques and a flare inside the octagon created a new fan favourite in Yair Rodriguez. Since his arrival to the UFC in 2014, he’s fought a killer’s row of featherweight contenders to earn an abundance of respect.

Yair’s 8-2 UFC record will be tested next month in New York, but the contest ahead will undoubtedly deliver one of the most exciting battles of the year as two of the biggest in-cage entertainers will go head-to-head.

The Empire State is gearing up for one of the most highly anticipated fight night main events of the year, a contest that is guaranteed to deliver for the fight fans of New York.

New York has one of the biggest platforms for sports betting, and we should note that Brian Ortega is coming in hot as the betting favorite. Currently priced around -160, Ortega is rightfully taking this position because of his experience and diversity; whilst Yair is unquestionably one of the more dangerous strikers, Ortega is the more complete martial arts, and this is why he’s taken the favorites positioning at the sportsbook.

Firstly, I cannot praise the skills and fighter spirit of Brian Ortega enough, but outside of the sneaky submission finish, how does he expect to defeat the striking game of Rodriguez?

Ortega’s striking has evolved leaps and bounds since he clashed with Holloway in 2018. With the added experience of facing Holloway and Volkanovski – the two best featherweight strikers – he could pose threats that Yair doesn’t expect.

With that said, his 1st degree BJJ black belt is always his best hope of finishing a bout.

Yair Rodriguez throws everything but the kitchen sink when his striking offense is let loose for those who may have forgotten. Calling him a risk-taker would be an understatement, from a dangerous set of kicks and a versatile movement on the feet, but these risk-taking moves could be costly versus the dynamic approach of Ortega.

Kicks are the key to Rodriguez’s success; he’s a master kicker who can overcome anyone by utilizing moves such as the sidekick, hook kicks, and spinning attacks, but this will also leave him prone to takedowns and ultimately a bad position on the ground versus the elite BJJ offense of Ortega. 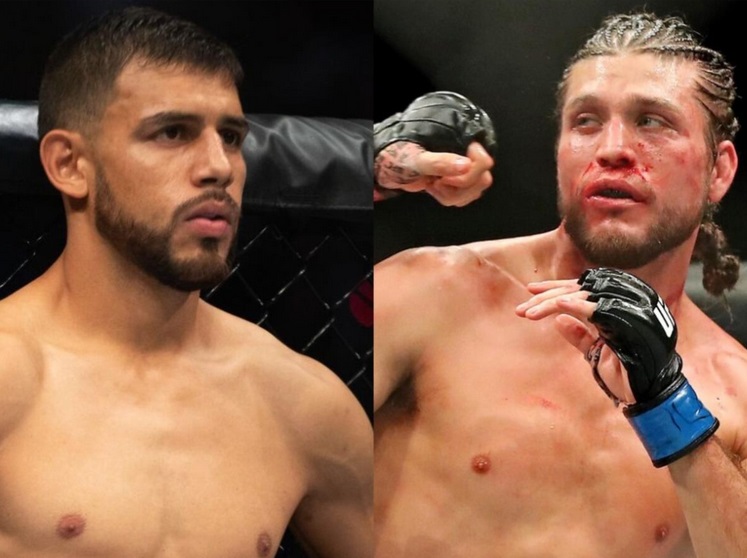 I agree with the opening odds, as I believe Ortega possesses more paths to victory. Outside of his elite level of grappling, Ortega is consistently evolving his striking offense/defense, and I expect “T-City” to walk away from the victor in front of a fired-up New York crowd.