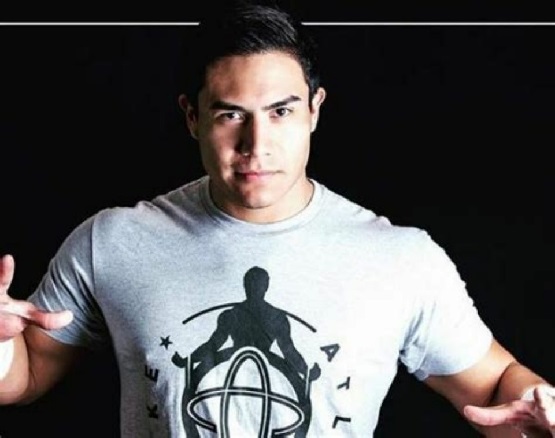 As noted, Atlas was arrested on Monday, May 23 in Orlando for domestic assault on his partner of several years. You can click here for full details on the arrest and incident. This arrest came while Atlas was recovering from a torn ACL suffered against Adam Cole on the January 7 edition of AEW Rampage, in what was just Atlas’ second match for the company. He underwent surgery in mid-February.

In an update, a new report from Fightful Select notes how it’s believed within AEW that Atlas is not coming back to work for the company.

Despite receiving the “All Elite” social media graphic that is usually reserved for new full-time hires, Atlas was reportedly working on a per-appearance deal. When he suffered the injury back in, the contract was paused and Atlas was no longer officially tied to the company.

Atlas was then arrested in May for the domestic incident with his boyfriend, but AEW never provided public comments on the arrest.

Atlas is scheduled to be in an Orange County, Florida court room at 7:30am ET on Tuesday, June 28, where he will be officially arraigned for the domestic incident.

Atlas has not issued public comments on his arrest, and has deactivated his social media pages.

After signing with WWE in October 2019, he was released on August 6, 2021, along with other budget cuts. After working for GCW and ROH, Atlas announced his retirement from pro wrestling due to mental health reasons. He then returned at the December 28, 2021 AEW Dark tapings, defeating Serpentico in his debut for the company. AEW President Tony Khan shook Atlas’ hand after that match, and then announced his signing on January 4 of this year. Atlas made his AEW TV debut on that January 7 edition of Rampage, losing his second AEW match to Cole, the same match he suffered the torn ACL in.

There has been no official timetable for Atlas’ return to in-ring action, but he stated in late March that the estimated recovery time was at 9 months, and that he was trying his best to “make a miracle happen” and return to the ring before that.