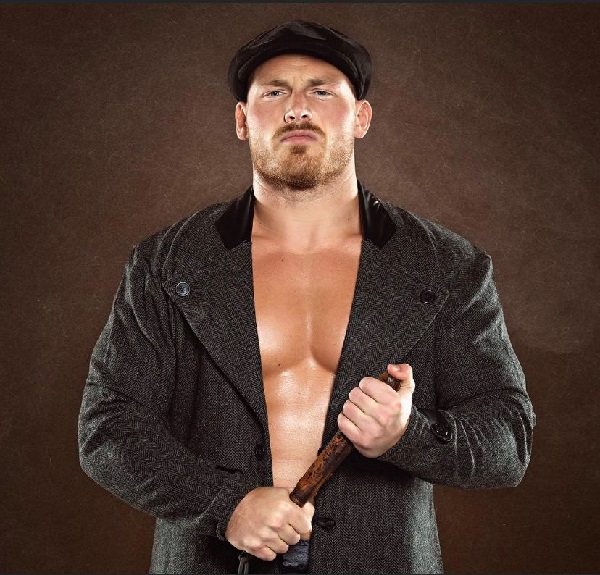 WWE has announced that Ridge Holland is currently injured.

This week’s SmackDown on FOX opened up with Sheamus and Drew McIntyre facing off in the first Men’s Money In the Bank Ladder Match qualifier, which ended in a No Contest. Sheamus was accompanied to the ring with just Butch this week. Michael Cole then noted during commentary that Holland suffered a knee injury on the previous Friday night, and that he is currently on the shelf.

Cole did not elaborate on the injury. However, we know that this was not some kind of late decision as Holland was not listed on the internal run sheet for Friday’s SmackDown, which came out in the hours before the show hit the air. The listing for the Sheamus vs. McIntyre match had only Butch’s name with Sheamus.

Holland has not wrestled since the June 3 SmackDown, which saw The Brawling Brutes defeat McIntyre, Kofi Kingston and Xavier Woods in the six-man opener. Holland was last seen tumbling to the floor with Kingston, then grabbed by McIntyre until Sheamus made the save and went on to help Butch get the pin.

For what it’s worth, WWE never mentioned Holland’s injury on their social media pages or in their SmackDown recap on the official WWE website. Holland also has not commented on the injury as of this writing.

Holland spent nine months out of the ring while in WWE NXT after suffering a dislocated ankle and fracture in his left leg, with a knee patellar dislocation and patellar tendon rupture in his right leg. The multiple injuries occurred while Holland was brawling with Oney Lorcan and Danny Burch on the October 7, 2020 NXT episode. This was described as a “freak accident,” which saw Holland’s dislocated knee get put back into place on the spot, then his ankle was relocated at the hospital. He underwent surgery the next day.

There’s no word yet on if Holland is once again suffering from a legitimate injury, or when it occurred, but we will keep you updated.