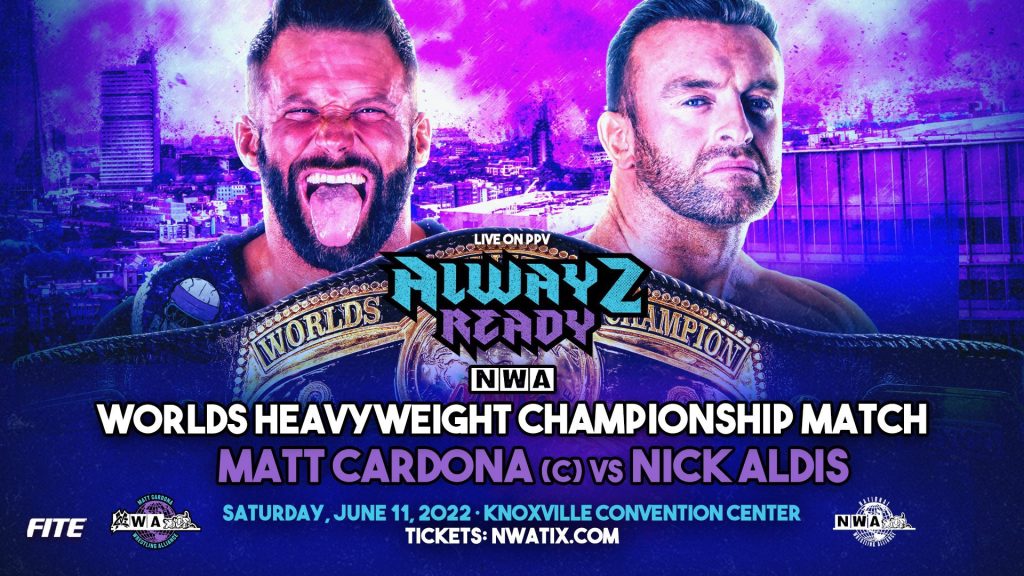 Solid match. Nothing too fancy or too crazy. Murdoch wins with the top rope Bulldog. After the match Stevens gets on the mic and tells the fans ‘You’re Welcome’

This was a really great match. Lots of near falls and The Pretty Empowered win it with a belt shot while the refs back is turned. Really nice to see what NWA is doing with its women’s division. I would recommend it.

Both men take turns early on chain wrestling trying to get the upper hand over the other one. Hawk is really determined to outwrestle Homicide. Its really nice hearing commentary mention that Hawk cant let this turn into a fight otherwise it favors Homicide, for obvious reasons. Tim Storm is great on commentary with his insight.

Homicide gains the upper hand in the match and tries going for several pin attempts that Hawk gets out of.  belly to belly overhead by Hawk for a near fall. Hawk with punches in the corner. Homicide reverses it and goes for a top rope suplex.

Colby Corino comes out and challenges for the title. Lots of back and forth action. brawling on the outside. Homicide back drops Corino on the stage. Homicide with the Cop Killa. Corino kicks out. homicide retains.

Taya is making her NWA debut tonight and commentary is making mention of the fact the Billy Corgan himself recruited her for the show tonight. Terell distracts the ref to let Markova take over. Taya confronts Terrell on the outside. Markov dives to the outside and takes down Valkyrie. Taya hits ‘The Road To Valhalla’ but Terell distracts the ref. Markova wins after the distraction.

Decent match. Tyrus dominates Mims and wins. Tyrus teases showing respect to Mims but it was a swerve and he clotheslines him. Mims arm may be injured, his arm looks limp and he isn’t able to move it.Might just be good selling but could be something to keep an eye on.

Lots of fast paced actions early on. The commentary team makes mention of how they can handle keep up with Williams and Mecha Wolf. Both men tag out to their respective partners. Bestia has control of the match briefly now but Williams tags in Smith jr. Crazy spots from the champions. Williams kicks outta ‘ Total Rebellion’. Crowd is chanting ‘ This is awesome’. Williams and Smith are fighting back . Williams and smith win after a suplex from the top from Williams and a diving headbutt from Smith Jr. They ended a near year Tag Title reign.

Kamille retains after a really great match. KiLynn nearly gets it but Kamille hits a spear out of nowhere to win it. After the match she shakes hand with King.

After the match Max The Impaler comes out to confront Kamille and they go at it.

Cardona relinquishes the title. Corgan comes out and books a fatal for way between Aldis, Murdoch, Latimer and Shaw all of which come out to interrupt and get involved with what Cardona and Corgan were discussing.

This match is chaos from the beginning with fighting on the outside and all through the building. Latimer has a limp early on while fighting Murdoch on the outside. Aldis with punches on Shaw in the ring. Murdoch, Shaw and Latimer team up on Aldis. Murdoch dives on to the outside. Murdoch is favoring his right knee after the dive. Trevor Murdoch wins after a Top Rope Bulldog. Great Match.