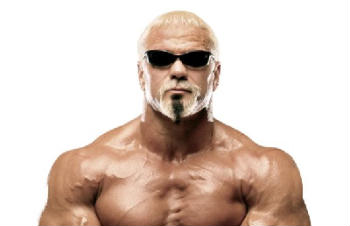 Scott Steiner hasn’t resolved his longstanding issues with Ric Flair, and says he’d “kill” Flair if he was the Nature Boy’s opponent in his upcoming final match. As you likely know, Flair is returning to the ring for a “Last Stand” at Starrcast V. During a recent online signing with Highspots Superstore, Scott Steiner was asked about the idea that he could be Flair’s opponent and let’s just say it didn’t sound like a good idea.

According to Wrestling Inc, when the host jokingly called Flair a friend of Steiner’s, Steiner said that Flair “ain’t no friend of mine.” The host then threw out the idea of Steiner being Flair’s opponent.

“I would kill him,” Scott said. “I would destroy him. Yeah, everybody wants to see him get beat up.”