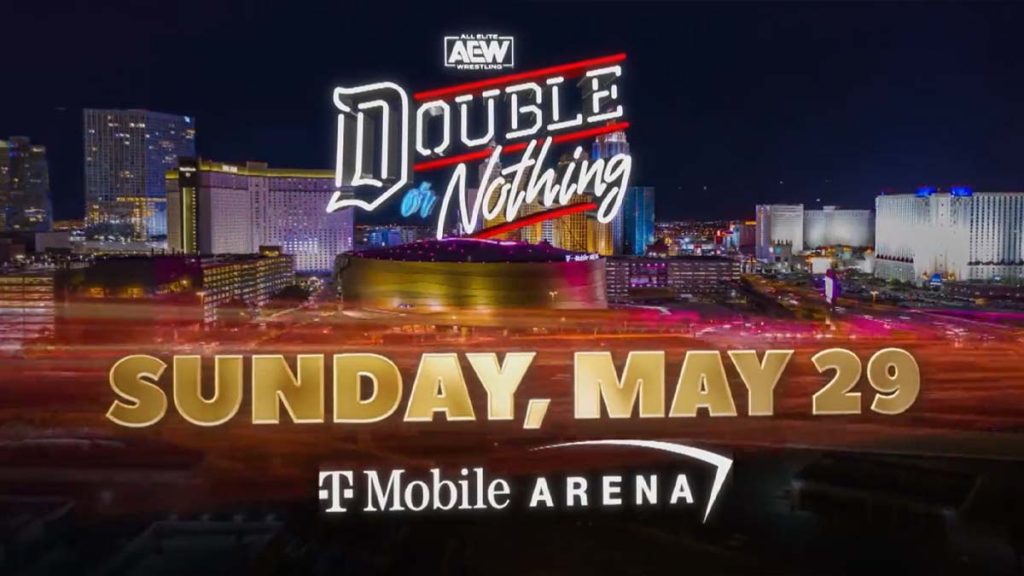 Tidbits from today’s AEW Double or Nothing media conference call. Click here for the complete audio.

– Tony Khan said for growth and to reach new viewers, the best thing AEW can do is both develop & take care of wrestlers, making it attractive for both young talent & free agents. Says there’s an opportunity to put new eyes through streaming & has been working with WB/D as a partner.

– Khan said that on Sunday, fans will see what each Owen Hart Tourney winner will receive. Martha Hart & family have signed off. “I promise it will be cool.

– Khan says John Morrison/Johnny Elite is welcome back and may be someone’s he interested in bringing back int he future. Was happy to have him in the Owen tourney

– Khan says he has the best champion in wrestling in Hangman Page.

– Asked why ROH wasn’t bought under AEW, Khan said he just jumped on it personally. He was looking out for AEW and that ROH deserves to be its own stand-alone brand even though he wants them to work together. “Price was right, opportunity was right.

– Khan says they are still working on the return of ROH. Mentions the interesting time in the state of media and talking to WB/Discovery about both ROH and how to expand the AEW audience. Would love to get weekly TV/streaming series & more PPVs going soon.

– Khan says he has thought about women’s trios titles as well. The men’s trios belts would be something I think fans would enjoy. He would love to add more titles & champions if they make sense.

– Khan says he would love AEW to tour Canada. They are still servicing U.S. markets following the pandemic touring shutdown. Doesn’t have an exact date, but hopes it is in the near future. Cites TSN as a great partner and Canadian talent on the roster now.

– Tony Khan said AEW has $1.1 million in ticket sales for Double or Nothing.

– Asked about whether All Out will be in Chicago given Forbidden Door there in June, Khan wants to keep the tradition of the September PPV around the Chicago area. Doesn’t specifically say it will be at the same venue as before.

– Khan says he looks forward to the Owen tournament happening every year. Asked if he has considered a one night general tourney for an event, he had but wants to be respectful of the physical toll it can take on wrestlers to get better matches throughout

– Khan thought it made sense for CM Punk to face top wrestlers when he started and not be rushed into World title scene so he could work his way up. Cites Allin, Kingston, MJF as opponents. Says Hangman Page did the same working his way up.

– Asked about WB/Discovery & assurances about the future, Khan says he has got great feedback. Was honored & blessed that WB is throwing them a party next week in LA and is a big deal. Some of top executives in all WB will be there. “Incredibly reassuring”. Says it’s very positive.

– Asked about inclusion of MJF’s contract into storyline, Khan said wrestling is good when life translates on screen and talks about it playing into Wardlow match. Doesn’t go into specifics about any negotiation, etc.