WWE Hall of Famer Tammy “Sunny” Sytch has been arrested and charged for the fatal three-car traffic accident that she allegedly caused back on March 25 in Ormond Beach, Florida.

As we’ve noted, Ormond Beach Police said Sytch was driving a 2012 Mercedes Benz and failed to stop back on March 25 at around 8:28pm while driving southbound on U.S. 1, just north of Granada Boulevard, when she crashed into the rear of a 2013 Kia Sorento, which was stopped at a red light. The Kia then crashed into the rear of a 2011 GMC Yukon, which was also stopped at the light. The driver of the vehicle hit by Sytch, identified as Julian Lafrancis Lasseter Jr. of Daytona Beach Shores, was transported to Halifax Health Medical Center, where he was pronounced dead at the age of 75. The driver and passengers of the Yukon complained of neck, back, side and head injuries, but were not taken to the hospital. Sytch was taken to the same hospital as Lasseter, but with unknown injuries, forcing her to pull out of her WrestleMania Weekend appearance at WrestleCon.

A search warrant was approved and executed to obtain a blood sample, which police were using to investigate if Sytch was impaired at the time of the crash. Toxicology results had been pending, but police requested an expedited timeframe on the processing of Sytch’s samples to determine if charges needed to be filed.

In an update, those samples must have just came in this week as Sytch was formally charged on Friday. Records show that she was arrested on Friday night and booked into the Volusia County Branch Jail facility in Daytona Beach, FL at 10:05pm ET.

Jail records list the following 9 criminal charges that Sytch has been booked on: 1 count of DUI Causing Death to Human, 1 count of Driving with Licensing Suspended/Revoked to Cause Death/Serious Injury, 7 counts of DUI with Damage to Person/Property.

Records also show that Sytch’s case is a felony case, and that the charges were filed on Friday. Her first scheduled court appearance is at 8:30am on Saturday morning, May 7, at the jail courtroom.

The first charge is a second degree felony, the second charge is a third degree felony, and the other seven charges are first degree misdemeanors. Sytch is facing between 4 and more than 30 years in prison if convicted, and several thousand dollars in fines.

Regarding the incident on March 25, police said two witnesses saw Sytch “driving at a high rate of speed” before crashing into the Kia. Police also said they believe Sytch was under the influence of alcohol at the time of the wreck.

Sytch’s boyfriend, James F. Pente, lives in Florida and is listed on the police report as the owner of the white 2012 Mercedes Benz that Sytch was driving that night. Sytch later told a fan on Twitter that the car belonged to her, not her boyfriend. She added that he is the “most caring man” she’s ever known as he puts her first in the relationship, and that nothing like this is going to break them up.

Sytch also tweeted about Lasseter’s death in late April. A fan asked about how fast she was going when she crashed into the man, and if she was drunk or high. She responded, “Hmmmabout 10 since I was slowing down to. Light. But he had a heart. Attack. Nothing to do with my seizure”

In addition to these new criminal charges, Sytch is also facing a Wrongful Death civil lawsuit filed by Lasseter’s estate, representing his daughter, in mid-April. The suit, which also names Pente, is seeking “wrongful death damages in excess of” the court’s “minimum jurisdictional amount of $30,000, exclusive of fees and costs.” Court records indicate that Sytch and Pente have not been served with the civil suit summons yet, which had Sytch’s New Jersey address listed. The summons were apparently issued on April 21, but they still had 20 days to respond once served with the summons. No court dates have been set for the civil suit as of this writing.

Stay tuned for more on Sytch’s latest legal issues. Below is her her mugshot photo from Friday’s arrest: 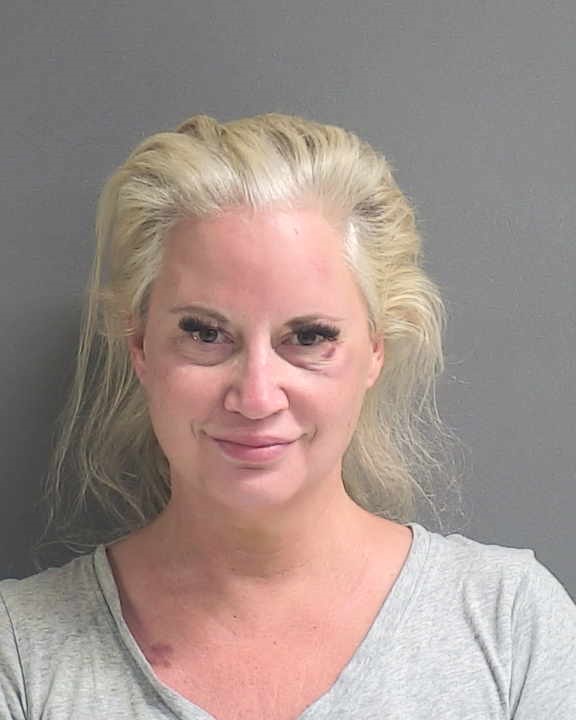