Ronda Rousey’s Back – What’s Next?

Ronda Rousey’s Back – What’s Next? 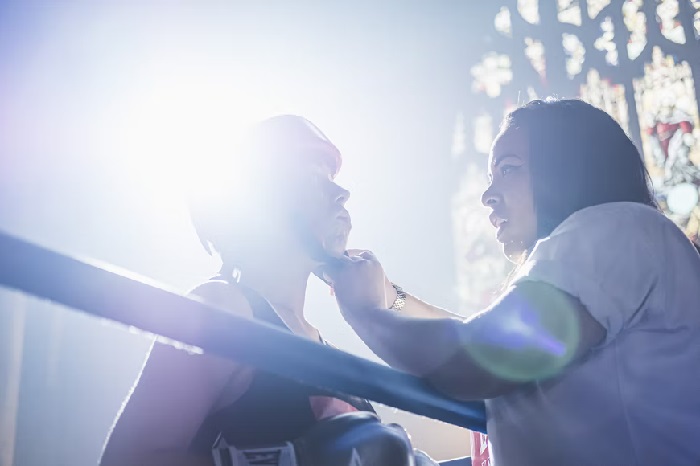 After an absence from singles matches in the WWE lasting almost 3 years, ‘Rowdy’ Ronda Rousey made a shock return to the promotion earlier this year, appearing as a secret entrant in the 2022 Royal Rumble.

Fans at The Dome were certainly treated to a surprise, as the former women’s champion appeared as a face, eliminating four other fighters (including current SmackDown champion Charlotte Flair) and winning the Rumble.

What surprised her, however, was the reaction of the fans. After being resoundingly booed out of the promotion the first time around, in 2022 the crowd roared as she took the win.

The SmackDown Superstar has also been putting the work in out of the ring, appearing as a guest on the much-loved Wives of Wrestling Podcast. Throughout the 90-minute show, Rousey covered everything from her return to the promotion to her major career influences.

On that surprise return, she explained that the trash-talking interviews she gave in the run-up were all performed in character. Thinking she’d be set up to return as a heel – if she came back at all – she wanted to give the fans a taste of what they could expect by trashing WWE and “talking sh*t on the fans”.

As it turns out, the fans in attendance at the Rumble welcomed her back with open arms – something she herself didn’t fully believe until she had a heart to heart with the boss man, Vince McMahon. 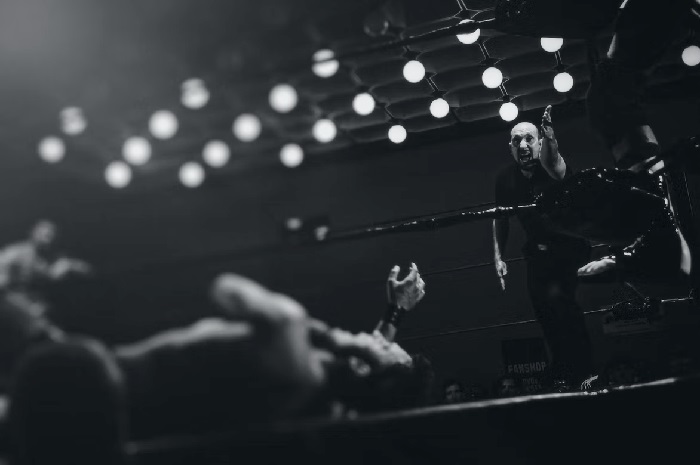 During the show, Rousey also spoke candidly about her career influences, including the legendary Kurt Angle.

As she explained, Angle started to become an inspiration during her preparation for the 2008 Summer Olympics. Aspiring to be the first American Olympic Gold medalist in Japan, Kurt became “that hero that I had” – she wanted to become the “Kurt Angle of Judo”.

As fate would have it, Rousey become the Kurt Angle of MMA before making her mark in the wrestling world and even became her idol’s tag team partner.

Rousey’s contribution to the sport of MMA as a whole cannot be underestimated. Not only was she largely responsible for making Dana White back down on his resolution to never feature women’s matches under the UFC banner, but she also set all manner of records during her career as a professional fighter.

Reigning as the UFC Bantamweight Champion for 3 years, she defended her title no less than 6 times, only spending a total of 1077 seconds in the octagon in the process. With her prowess in Judo, Rousey’s groundwork skills were fearsome and she tore through the Bantamweight division with ease.

However, in 2015, Rousey’s time in the UFC would come to an end, but it opened up a whole new career for her in professional wrestling. Following her shock defeat at the legs of Holly Holm at UFC 193, Rousey made the decision to go full steam ahead on her singles prospects – in no small part thanks to the support Kurt had been giving her.

What’s Next for Rowdy?

Now that she’s been welcomed back into the fold, what’s next for this formidable fighter? Well, to start with she’s got a championship bout against nemesis Charlotte Flair lined up at Wrestlemania Backlash.

Having earned her shot at the title during the Rumble, Rousey requested the SmackDown Championship on May 8th to take the form of an ‘I Quit’ match –. Although Rousey is currently priced as the underdog, with odds of –700 to win, there’s a strong chance indeed that she’ll take the gold in Rhode Island next month.

After all, we’re talking about an Olympian here. Flair would have to pull off something major to get Rousey to declare herself the quitter, especially since she’s only just made her return to the brand. Additionally, Flair is currently SmackDown’s top heel, so the fans will be baying for the good guy to triumph.

Should Rousey be re-crowned SmackDown champion, there’s a strong chance that her next move will be against reigning Raw champion Bianca Belair via a unification bout.