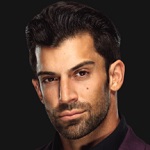 Another WWE NXT talent has had their name shortened.

Robert Stone is now being billed as Mr. Stone, in a change that was just made in the last week or so. Stone has tweeted with the new name this week, as seen below.

Mr. Stone’s real name is Robert Strauss, but he has used Robert Stone since signing with WWE in 2019. This latest name change comes after a recent edict from WWE Chairman & CEO Vince McMahon.

Stone is currently managing Von Wagner on the NXT 2.0 brand. Sofia Cromwell is also involved in their ongoing storyline.