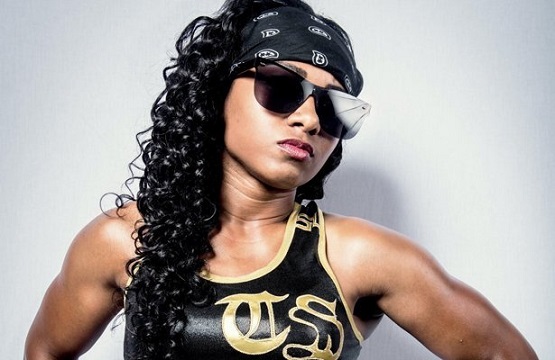 PWInsider reports that during this past weekend’s Impact Wrestling tapings in Poughkeepsie, NY, Tasha Steelz was apparently hurt during a match.

She teamed with Savannah Evans against Rosemary and Havok. She was said to have ‘landed wrong’ during a spot and was ‘out of it’ after that. One source claimed it happened on the outside, when Steelz took a clothesline and bumped too high, hitting her head. However, another source didn’t agree that was when it happened.

Steelz tagged out to Evans and was thrown to the floor, where medical staff checked her out. She was helped to the back by referee Brandon Tolie and the medical staff, while Evans finished the match. Steelz later left the building on her own. It’s unknown exactly if she was injured or what the injury was.