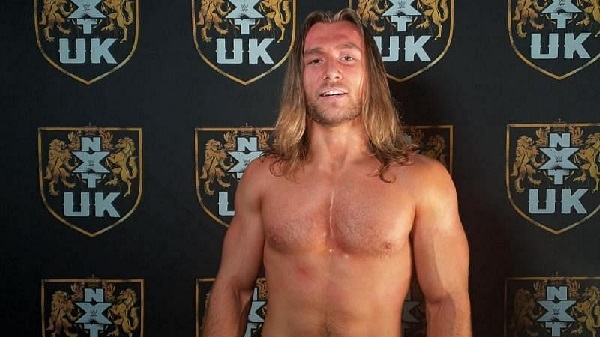 – Timmis began his career as ‘Benjamin Carter’
– On October 12, 2018, Carter defeated Christopher Carlton to win the Resolute P4P Title
– On February 8, 2019, Carter defeated Alex Zayne to win the Resolute Undisputed Title, but would lose it back in his first defense two months later
– In early September 2020, Carter wrestled a pair of matches for AEW. A match against Lee Johnson on Dark received rave reviews from critics and fans alike
– On September 19, Carter defeated Dante Leon, Xander Killen & Jan-C to win the SCWPro Iowa Title
– Carter made a one-night-only appearance for Impact on October 10, 2020, losing to Chris Sabin
– In November 2020, Timmis signed with WWE and would be assigned to NXT-UK as ‘Nathan Frazer’
– Frazer made his WWE debut on January 7, 2021, unsuccessfully challenging Jordan Devlin for the NXT Cruiserweight Title
– In April 2022, vignettes began airing to promote Frazer’s upcoming debut on the US version of NXT
– Frazer debuted on the Spring Breakin’ NXT special, defeating Grayson Waller
– Following the shutdown of NXT UK, Frazer remained under WWE contract, but did not debut for NXT US along with the other retained talent