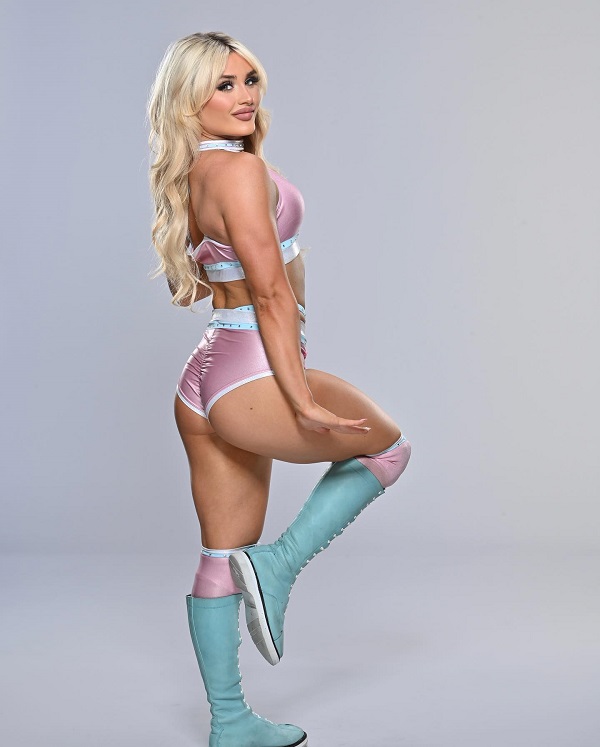 – Prior to beginning her wrestling career, Woynilko was a competitive gymnast and bodybuilder
– Woynilko signed with WWE in August 2021 and was later given the ring name ‘Tiffany Stratton’
– Stratton made her first WWE appearance on the November 19, 2021 episode of 205 live, defeating Amari Miller
– Stratton made her official debut on the December 28, 2021 episode of NXT, defeating Fallon Henley