Renee Michelle on turning down a deal with STARDOM 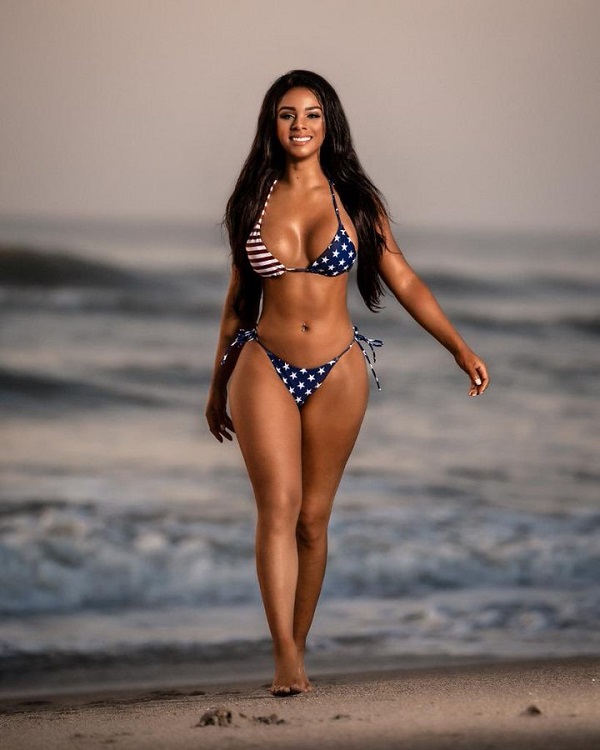 In an interview with Women’s Wrestling Talk on FITE (via Fightful, Renee Michelle spoke about why she turned down STARDOM in favor of working for another Japanese promotion, Marvelous. Here are highlights:

On working with Mickie James and Melina:

“I…I love it because they make you feel very welcome. They love to hear your different ideas and try to put a story altogether and make it exciting. Mickie, she is a fireball. I would say the time that I wrestle her it was definitely like — she makes you up your game and there’s more like on the comedy side that the time that her and I have wrestled in the ring. With Melina, it’s more like sometimes our extensions would be pulled out of her head with each other. But, we’re like I love you bitch. I love you too.”

On choosing Marvelous over STARDOM:

“Well, okay so I did have an opportunity to go to Stardom and I turned it down and I decided to go with Marvelous. It’s silly because it’s nothing against Stardom it’s really not. Granted, Stardom is very popular but I wanted to learn the old Joshi lifestyle. I wanted to learn the old…the old school way and what better way to learn from Chigusa Nagayo? Who has been in the business for so long and let alone on top of that? It’s just the history of this woman. I feel like not too many people know that or they forgot about that. But, granted Yes, Stardom is very popular, and I kind of feel like it’s more Americanized. But I want to learn the whole militant…Like if you watch the documentary GAEA or GAEA Girls on YouTube, you understand why. It’s exactly like that when I started out. Yeah, it lightened up, cuz I had to, like, explain, ‘Look like some American girls are not used to this strict mentality. Unless you grew up like in a military home.’”

On how she is treated in Marvelous:

“But some girls can handle and some girls can’t. I think it’s like the isolation and the loneliness, you know? Now, Marvelous is in Funabashi which is more than a city. But when I started out, it was in Chiba, but in the middle of nowhere, in the countryside. Barely any Wi-Fi. So like, when I started out, it was very different. Then when I got like, Nyla Rose over there, Sahara Seven and all the other girls, I had to explain it to like the Japanese. Like, hey, it’s kind of a little bit too much for them. Like, it might be a little bit too much for them, just understand that there is a whole foreign country within themselves. They may feel lonely or whatever the case may be. So they understood it. They were, I guess, like, when they’re having issues or problems before they call, they call me. Then I have to like talk to them. then I’m like, ‘Look, you’re coming over there to learn from them, not the other way around. You have to abide by their rules, their culture, this, this, that, and the third.’ It doesn’t matter how long you’ve been in the business. It doesn’t matter how old you are. Marvelous is treated like a family. There’s no like I’m higher than you in this, that, and the third. You have one senpai. Yeah granted, there’s a kohai. There’s the kohai and then there’s carrier but really, Mama. I called her Pama, Mama Papa. She wants the students to be like a sisterhood. So, it’s like you got to get used to like eat together, sleep together. Maybe even shower and bathe together. Get used to it all.”