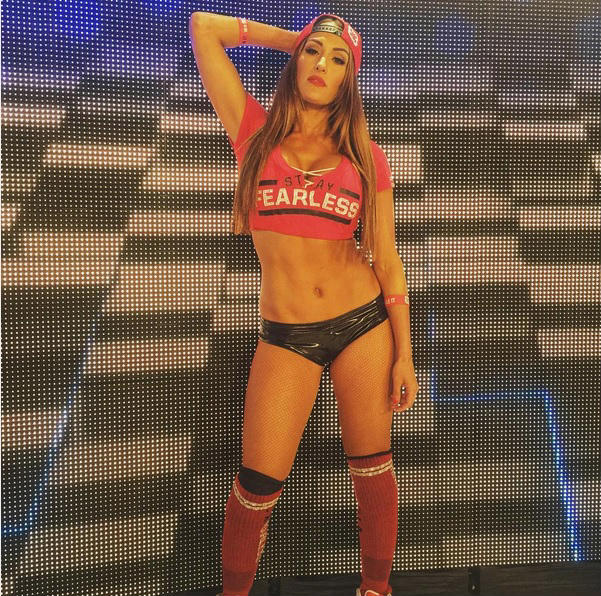 WWE Hall of Famer and multi-time Divas champion Nikki Bella recently appeared on the This Is Paris podcast to discuss a wide range of topics, including her she wishes she could relive the first ever Evolution pay-per-view, an event that she headlined against Ronda Rousey. Highlights from the interview are below.

Says she would want to relive her Evolution main event against Ronda Rousey:

“I think one day I would like to relive is when, so… Once in a lifetime of wrestling so far, we got to finally have an all-women’s pay-per-view, and Ronda Rousey and I main-evented it, with Brie [on the outside] as well. It was historic and what we fought for.”

How she was going through a breakup at the time:

“I remember I was going through a lot mentally at the time and having to hide it because I was going through my breakup and it was just mentally — it was trying to be there so much and I feel like it was a very emotional time for me, so I would love to relive it now as who I am now and in this clear headspace because, it was already an epic moment, but I know that inside it could have been even more epic. Yeah, so, Evolution. I’d relive that, and, I would beat Ronda. I wouldn’t lose, I’d actually beat her.”