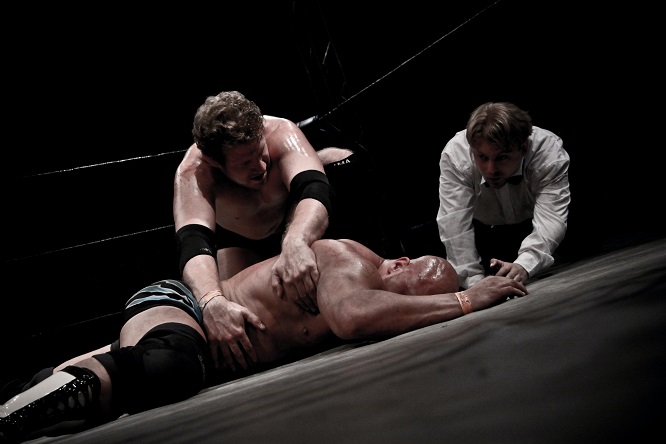 When All Elite Wrestling hit the scene in 2019, rumors had been swirling that the WWE was in for a rude awakening. The company was co-founded by Tony Khan, son of Shahid Khan, owner of the Jacksonville Jaguars and Fulham FC. With a background in sports and billions in the bank, the Khans injected excitement and speculation into professional wrestling.

From the jump, AEW looked to be a promising competitor to the WWE’s near-monopoly on the industry. Though groups like NWA, ROH, and Impact have been present, AEW is the first company to match the WWE’s production standards and level of hype.

Three years late, AEW continues to gain steam—in part thanks to its ability to woo top names from the WWE who are looking for a new start. The launch of sports betting, which started in 2018 on a state-by-state basis, has also helped infuse new interest in pro wrestling on multiple levels. Fans can take advantage of things like a FanDuel promo code, which can be applied to a variety of offers. FanDuel, for example, also penned a multi-year deal with Pat McAfee, a Smackdown commentator, and industry expert who created his The Pat McAfee Show.

Clearly, pro wrestling is in a prime position heading into the future—and the diversification of top brands is improving the quality of pro wrestling. But to build its early success, AEW didn’t contract fresh faces only. They also signed on a few top names from the WWE. Keep reading for some of the most surprising moves.

As mentioned above, AEW was formed by father-son duo Shahid and Tony Khan—but they had a little help. While the elder Khan has plenty of experience in sports management and funding, he relied on Cody Rhodes to help introduce him to the industry and launch the promotion company.

Rhodes, older brother to Dustin Rhodes (once Goldust), drew on his ten-year experience in the WWE to catapult AEW into the stratosphere. Most notably, Rhodes has contributed to AEW’s Dynamite and the TNT Championship’s almost immediate success—from a production standpoint, a training standpoint, and a performance standpoint.

Clearly, part of AEW’s success has been built on the presence of stars sculpted by the WWE (or, in this case, WCW)—and no signing highlights this quite like Sting. The over-60 star recently performed in AEW’s Dynamite, which was his first appearance in the ring in six years.

But Sting’s presence hasn’t just been about boosting AEW’s viewership numbers or hoping to onboard new fans. Instead, it’s also about fostering a unique culture within AEW, which prioritizes the wrestlers they’re signing on. After all, one of AEW’s prime missions has been to reinvigorate the WWE’s storylines by putting creativity back into the hands of its wrestlers.

According to Jon Moxley (below), Sting’s presence has helped inspire and push younger wrestlers. They’re not just trying to impress one of their personal heroes, but are also harnessing the legend and spirit of Sting to push their performances to another level. His presence is one key indicator that AEW is here to stay.

CM Punk’s departure from the WWE was one of the most disheartening announcements for pro wrestling fans back in 2014. It was a crucial point for pro wrestling, as Punk’s departure was a sudden shock for many. His 2021 debut for AEW was one of the biggest stories in the industry last year when he faced off against homegrown talent Darby Allin during a ‘The First Dance’ show in Chicago.

The result was one of AEW’s top shows ever produced in terms of TV ratings. He’s also contributed to boosted merchandise sales since joining late last year. But one of the most important aspects for Punk has been the return to creativity, which he felt was stemmed by WWE.

Though some fans worried Punk’s September 2021 debut would be one of few appearances with AEW, he’s since stepped back into the ring. In February of this year, he lost a singles match against MJF, sparking a new feud for fans to follow. 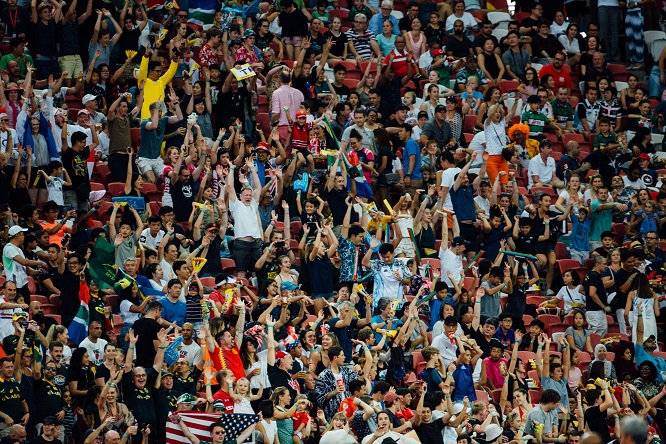 Tay Conti is one of the prime examples of how and why AEW continues to lure some of WWE’s most promising stars: they’ve hit a ceiling. Part of AEW’s great success has been in handing the creative reins back to its wrestlers—and Conti’s success proves this.

After putting in short matches and losing appearances with the WWE since 2016, Conti fought for an end to her contract. Shortly after, she signed with AEW—and wasted no time forming a partnership with Anna Jay to form the Dark Order after appearing in a Women’s Tag Team cup. So far, the Brazilian has become one of AEW’s breakout stars.

As the poster boy for AEW, the company’s early success wouldn’t have come without the high-profile Chris Jericho. Alongside others like Rhodes and Jon Moxley, below, Jericho helped put AEW on the map in 2019 and 2020. In fact, he was the first wrestler to drop jaws after announcing he would be leaving the WWE.

As a nine-time Intercontinental Champion with the WWE, Jericho has had no trouble shifting the excitement into AEW—even if he only has one title to show for it. So far, he’s been too busy forming the Inner Circle and extending his list of rivals in AEW. More recently, Jericho also began to try his hand at commentating for certain matches.

After a huge fallout with Shield brothers Seth Rollins and Roman Reigns, Jon Moxley, formerly Dean Ambrose, shocked the wrestling world when he announced his move to AEW. It wasn’t just the end of the Lunatic Fringe (thankfully), but a totally new start for Moxley.

Since then, he’s helped introduce the world to Kenny Omega by DDTing him through a glass table, infiltrated the Inner Circle only to launch a sneak attack on Chris Jericho, and been involved in a few breathtaking non-sanctioned matches. Since joining (and rebranding), Moxley has become one of pro wre