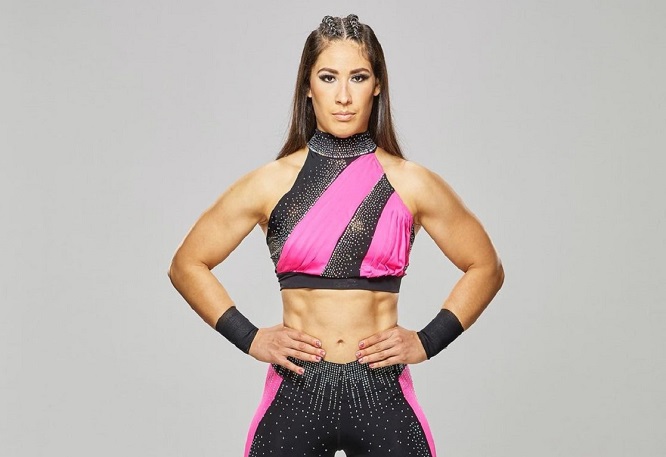 – Iglesias is the real-life daughter of Mexican wrestler Bronco
– Prior to beginning her wrestling career, Iglesias was a three-time World Powerlifting gold medallist. She intended to compete in the 2020 Olympics, but medical issues caused her to fall short of the minimum weight limit
– She began training at CMLL in 2019 under Tony Salazar before attending a WWE tryout that December
– In February 2021, WWE signed Iglesias to a developmental contract and assigned her the ringname ‘Yulisa León’
– León wrestled her first match on the October 22, 2021 episode of 205 Live, teaming with Katrina Cortez in a loss to Amari Miller & Valentina Feroz
– In November 2021, León began competing on NXT
– León & Valentina Feroz entered the 2022 Dusty Rhodes Tag Team Classic, but fell to Raquel Gonzalez & Cora Jade in the first round