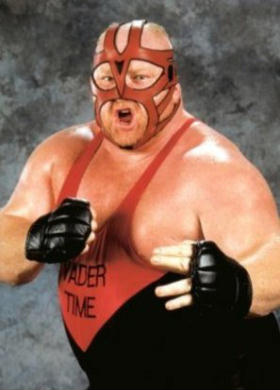 Mick Foley released a new video on his personal Youtube channel commenting on the news that Big Van Vader would be inducted into the WWE Hall of Fame at this year’s ceremony on WrestleMania 38 weekend. Check out what Foley had to say on the subject below.

How Vader’s WWE run didn’t go the way it should have:

“I don’t think he had the run he should — it’s not a matter of thinking, I know he did not get the run he should have had in WWE. That was a case of the company trying to fix something that wasn’t broken. And I know, because I rode with Leon quite a bit in my early days in WWE… he would mention to me how aggravating — he wouldn’t mention that, he would talk about it at length how aggravated he was that he was being forced to do things that he did not think were in the Vader character. I remember him saying, ‘I’m Vader and I’m running away? Literally running laps around the ring uh against the Ultimate Warrior.’”

How Vader was one of the biggest draws of his era:

“So I just think if they had kept — if Vader had come along during the Attitude Era? Oh my goodness. he’d be up there in all that merchandise and memorabilia along with Austin, Taker, Rock … Kane, Triple H, and and me. I think he was — oh man, he was one of the biggest drawing cards of his era.”

Says he loved working with him:

“Man, I loved working with him. I wouldn’t say they were fun matches but they were great. I can say, he would bring out something in me, and man we would leave the audience with the feeling that this guy, meaning me, he can hang with that guy. Leon was like a brick wall, and you could knock him down but you had to work hard at it. With his help, with his help. If you didn’t, he’d crush you. But if you were willing to put in the work and suffer the consequences, he would make you better than you’d ever been before. He did that for a lot of people.”