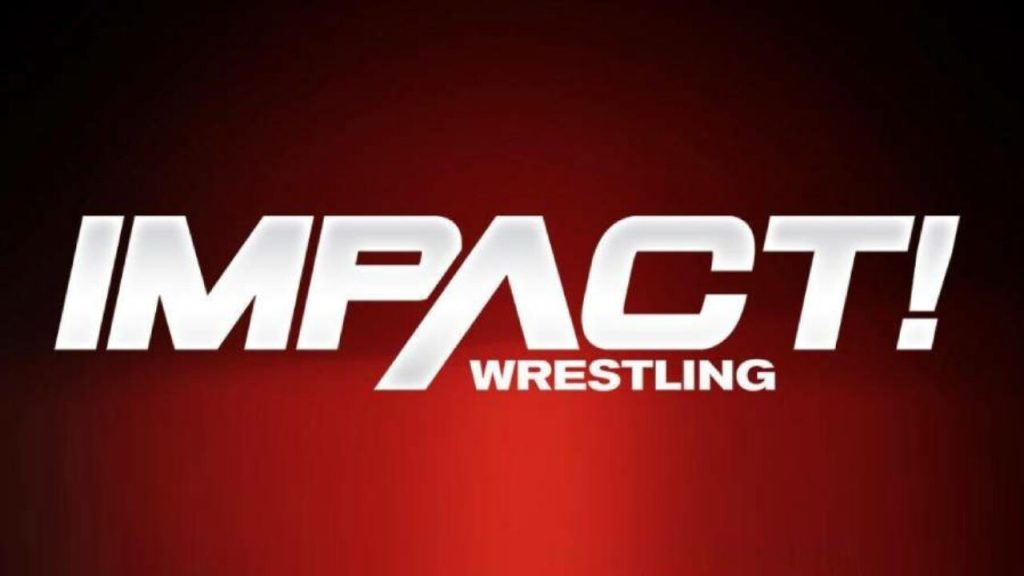 The show opens with Josh Alexander making a b-line for the Impact Zone. Alexander is furious over Moose going to his home last week. Alexander said he thought he knew everything Moose is capable of and said Moose crossed a line that you don’t cross with his family.

Alexander said as a wrestler, he’s more motivated than ever, but as a husband, he’s going to issue pain like never before and take the one thing in the world Moose cares about, the world championship. Alexander called out Moose.

Moose says Alexander will fail at Rebellion, and after the pay-per-view, he will show his son Chet what an actual role model looks like. That’s all Alexander needed to hear as he jumped out of the ring and attacked Moose. The brawl goes backstage and up to the old eagle’s nest in the ECW Arena. Many wrestlers break it up before both men fall over the balcony, and Moose retreats.

Backstage: Scott D’Amore tells Alexander to calm down because he sent him home for a reason. Alexander tells D’Amore that he’s calm as long as Moose stays away from his family.

All three men trade dropkicks and hurricanranas. Mack sends Bailey and Kid to the floor and takes them both out with a somersault plancha. Mack drops a big leg drop on Kid and drops Bailey with a chop. Mack used his size throughout the match.

Bailey charges into the corner, Mack moves out of the way, and Bailey moonsaults off the second rope and on Kid to the floor. Mack follows Bailey outside the ring and Kigivd takes them both out with a springboard corkscrew plancha.

Kid hits a frog splash on Bailey for a nearfall. Mack drops Kid with an overhand right, hits Bailey with a Samoan Drop, and standing moonsault for a nearfall that Kid broke up. Mack delivers a Razor’s Edge to Kid and Bailey breaks up the pin with a standing shooting star press. Bailey drops Mack with a kick to the face, climbs to the top, and hits the Ultimate Weapon for the pin.

Backstage: Jay White w/ The Bullet Club calls MCMG’s win last week a fluke and says it’s all about Bullet Club. Karl Anderson says it doesn’t feel right because the Good Brothers are no longer the tag team champions, and Chris Bey says he has their back in tonight’s Lumberjack Match.

Maclin chops away at Heath but gets caught with a flying forearm and atomic drop that sent him out of the ring. Heath follows and gets poked in the eye. Maclin looked at Rhino, ran himself into the stairs, and held his knee in pain. The referee ejects Rhino believing he attacked Maclin.

Back in the ring, Maclin delivers a big backbreaker and follows up with a jumping knee drop. Maclin yells “ECW Sucks” and misses a leg drop off the second rope. EC-Dub chants erupt as Heath takes over on until Maclin blocks the Wakeup Call and puts his feet on the rope for the pin.

Rhino comes back out, drills Maclin with a Gore, and raises Heath’s hand.

All About Me: Tenille Dashwood asks Caleb to ask her what she’s thinking. Caleb obliges and Tenille says she’s wondering where his allegiance lies and questions his tactics at Sacrifice. Caleb faints neck pain and leaves before the questions get too intense. Caleb leaves and walks right into another talk show with Madison Rayne and Swinger.

Locker Room Talk: Madison asks Caleb who he’s loyal to, The Influence or The Iinspiration. Caleb says he’s loyal to The Influence, but Madison says he must take a lie detector test. Madison brings out the equipment, Caleb faints more neck pain and runs off. Swinger talked about $20 paydays and Tony Atlas footwork seminars.

Jonah is walking down a side street in Philly and puts over his upcoming match at Rebellion with Tomohiro Ishii and promises to be Ishii’s personal Kaiju.

Joe Doering and Doc Gallows kick things off and trade punches until Eric Young runs in, followed by Karl Anderson. Doering and Young get thrown out of the ring and the lumberjacks threw VBD back in. Eddie Edwards made it a point to be the one who threw Young in.

Back in the ring, Anderson hits Young with a spinebuster, gets caught by Doering, which left him open for a neckbreaker from Young. Doering hits Anderson with a big bodyslam and elbow drop combo and a two-count.

Anderson comes back with a jawbreaker and tags in Gallows who cleans house. Gallows and Anderson hit Young with a combo neckbreaker/back suplex but Doering breaks up the pin. VBD regains control and work over Anderson in their corner. Anderson is slammed by Doering and gets an top rope elbow drop from Young.

Gallows had enough and jumps in the ring. Young gets taken out with the Magic Killer. Deaner gets knocked off the apron for his efforts. Doering clotheslines Gallows out of the ring and follows him with a dive off the apron.

Refs back is turned, which allows Mike Bennett to low blow Anderson, and Matt Taven follows up with the Climax, allowing Young to get the 1-2-3.

Backstage: Tasha Steelz tells Gia she doesn’t trust Mickie James and Chealsea Green, but if James doesn’t bring out Green, she will give Savannah Evans the night off.

“Let’s go Rocky” chants from the crowd as the two lock up and Edwards backs Rocky into the corner. Some nice chain wrestling in the center of the ring until the two trade chops. Edwards gets the better of the exchange. Rocky goes for one more chop but pokes Edwards in the eye instead. Edwards rolls out of the ring and Rocky delivered a running hurricanrana to the floor.

Rocky drills Edwards with some Forever Clotheslines, but Edwards clobbers Rocky with one big clothesline of his own. Outside the ring, Rocky goes for a suicide dive, Edwards catches him, slammed him into the apron, and threw Rocky into the steel steps.

Rocky comes back with a Tornado DDT and a single-arm DDT. Rocky hits Edwards with a dropkick off the second rope for a two-count. Edwards escapes a Sliced Bread attempt and hits a massive Blue Thunder Bomb for a nearfall. Edwards drills Rocky with a Tiger Driver gets caught in a Diablo Armbar and squeaks in a roll-up for the win.

Edwards fakes the post-match handshake and attacks Rocky. Jonathan Gresham runs in to make the save and sends Edwards packing with a lionsault. Rocky is mad at Gresham for getting his business but cooler heads prevail and they shake hands.

Backstage: Zicky Dice exits Swinger’s dungeon for some training? Dice said it’s just what he needs and pays Swinger for his services in cash. Dice says he’s ready but Swinger said this was only the learner’s permit stage and they will wrestle two chumps next week.

Tom Hannifan and Matt Rehwoldt go over the lineups for the Multiverse of Matches on 4/1 and Rebellion on 4/23.

James threw a trash can lid at Steelz, tripping her up as she posed on the second rope. The bell rings and the fists are flying. Steelz retreats and James whacks her in the back with a trash can lid. James is having her way with Steelz as they take it to the top of the ramp. James blocks a clothesline and delivers a neckbreaker on the steel flooring. James barrel rolls Steelz down the ramp in the trash can and Savanah Evans blindsides James.

James tries to battle back with the trash can but to no avail. Steelz chokes James with a chain but James manages to tie up Steelz with the chain and whips her headfirst into a steel chair set up in the corner. James and Steelz simultaneously drop each other with a steel chair shot. Savanah Evans attempts to chokeslam James off the apron through a table. James fights out of it and sends Evans into the table but it doesn’t break. Steelz knocks James off the apron goes into the table, but it still doesn’t break.

James gets right back up and repeatedly drills Evans with the trash can. Steelz takes advantage of the opening and hits James with a street sign. James blocks another shot and hits Steelz with the sign three times. James sets up a chair in the center of the ring and sends in Steelz face first. James hits a seated senton off the top rope for a two-count. James picks up Steelz but gets poked in the eyes for her trouble.

Steelz goes for the Blackout, James blocks it, and counters with a Mick-DT. James has it won but Evans pulls the referee out of the ring. James dives at Evans but it is caught and thrown into the steel ring post. Evans throws James in the ring and chokes James with the steel chair. Chelsea Green runs into the ring with a chair and back off Steelz and Evans.

However, Green sets up the chair in the corner and watches on with a big smile on her face. Steelz and Evans work over James until Steelz delivers a frog splash for the win.

Chelsea Green kept her word and didn’t get involved, but she watched on as James was defeated. Green mocks James, receives a slap in the face, and is tackled for her troubles. Green rolls out to the floor allowing Matt Cardona to come in from behind and hit James with Radio Silence.

Cardona admires his handy work as James is laid out in the ring. Cardona picks up James, allowing Green to level her with her wrist cast. Green removes the cast, revealing the injury was a hoax. Husband and wife celebrate as we fade to black.