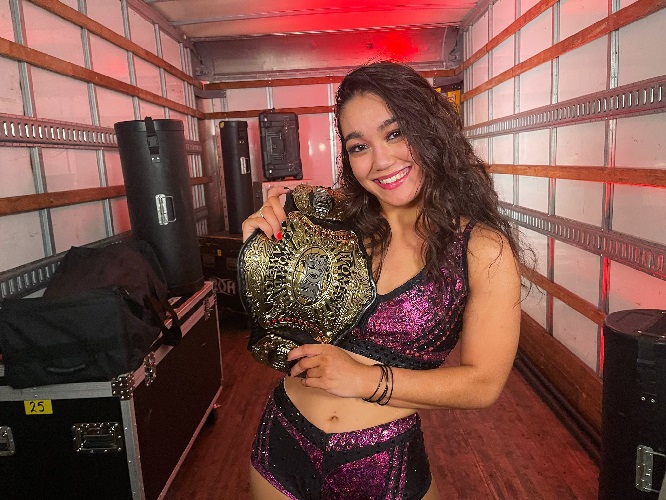 PWInsider.com is reporting that former ROH Women’s champion Rok-C has signed a deal with WWE and will be heading to NXT.

Booker T, who helped trained Rok-C, originally announced the deal last month but then corrected himself a day after he spilled the beans, saying that he was incorrect and she hadn’t signed yet.

Rok-C was part of a WWE Performance Center tryout class late last year and then dropped the ROH Women’s title a few weeks later to Deonna Purrazzo on Impact Wrestling.

The 20-year-old from Laredo started her wrestling career in 2018 and worked for Booker T’s Reality of Wrestling promotion before moving to Ring of Honor in 2021.