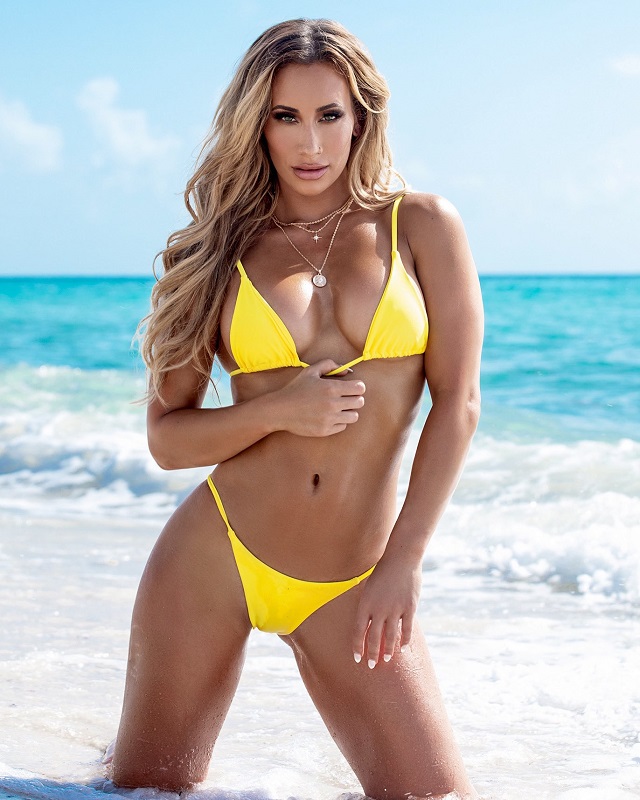 At yesterday’s WWE house show in Columbus, Georgia, WWE womens’ tag team champion Carmella was in action. She teamed with tag team partner Queen Zelina and Raw Women’s champ Becky Lynch against the team of Liv Morgan, Rhea Ripley, and Bianca Belair, who won the six-woman match. It appears Carmella didn’t walk away from the match unscathed, as she appeared to suffer a wound to the head during the match.

Carmella posted a tweet and photo of the injury, which you can see below. She wrote in the caption, “Be a lady wrestler, they said… it will be fun, they said…”

Carmella and Queen Zelina are currently slated to defend the WWE Women’s Tag Team titles against the teams of Sasha Banks and Naomi and Rhea Ripley and Liv Morgan in a Triple Threat Tag Team Match at WrestleMania 38: Night 2. The event will be held on Sunday, April 3 at AT&T Stadium in Arlington, Texas. It will be broadcast live on Peacock in the US and the WWE Network everywhere else.

Be a lady wrestler, they said… it will be fun, they said.. 🤕 pic.twitter.com/MQC6UDnEec