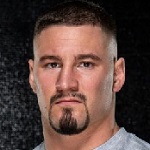 This week’s NXT Roadblock main event saw Ziggler win the NXT Title by winning a Triple Threat over Tommaso Ciampa and Breakker, the former champion. Bron spoke with Joey Hayden of DallasNews.com on Wednesday morning, and said he was still in shock, but has to get better.

“I’m … I’m still in a little bit of shock. You know, it is what it is,” Breakker said on Wednesday morning. “There’s nothing I can do about it now. It’s over. You just wake up, dust myself off, back to work. As far as Dolph Ziggler goes – and Bobby Roode, for that matter – we are no way close to being done. I’m sure I’ll run into them again down the line. But, I just got to get better.”

Breakker is rumored to get a rematch at NXT Stand & Deliver during WrestleMania 38 Weekend, but that has not been confirmed as of this writing. Breakker commented on a possible Stand & Deliver match with Ziggler.

As we’ve noted, Breakker is rumored to be headed to the main roster soon. He and Ciampa are scheduled for this weekend’s RAW live events, likely against Roode and Ziggler in tag team action.

Stay tuned for more on Breakker.