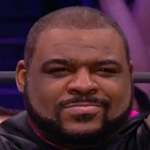 Keith Lee was off AEW TV this week because he was given the time off following his recent debut for the company.

Just days after his wedding to Mia Yim, Lee made his AEW debut during the February 9 edition of Dynamite on TBS. He defeated Isiah Kassidy in a qualifier for the Face of The Revolution Ladder Match at the AEW Revolution pay-per-view. He has not appeared since then.

In an update, the Wrestling Observer Newsletter reports that Lee wasn’t on AEW Dynamite or Rampage this week because of his honeymoon. It was noted that he debuted for AEW shortly after his wedding and was then given the next week off.

However, social media shows that Yim and Lee have moved out of Florida this week. They have moved to the Dallas, Texas area, which isn’t far from where Lee grew up.

On a related note, AEW released the following promo on Lee and his chase for the TNT Title, currently held by Sammy Guevara. The Face of The Revolution Ladder Match will feature Lee, Wardlow, the winner of tonight’s Powerhouse Hobbs vs. Dante Martin match, and three other participants to be revealed later.

Stay tuned for more on Lee in AEW.

He is limitless, he is #AllElite, he is on the hunt for the TNT Championship #AEWDynamite pic.twitter.com/yEfXC2BPWv