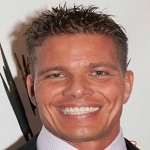 Tyson Kidd (TJ Wilson) is reportedly still with WWE, but is taking some time off.

There has been speculation on Kidd’s status after it was revealed that he did not produce the Women’s Royal Rumble Match last month. It was noted then that Kidd usually works with the WWE women’s division, but Fit Finlay, who has been working behind-the-scenes in WWE NXT for the past year, was brought to The Rumble because Kidd had not been producing matches for WWE for several weeks. It was also reported that the reason for Kidd’s absence was actually tied to the Royal Rumble, but he was still employed by WWE as a producer, and no other details were provided.

In an update, the Wrestling Observer Newsletter reports that there was word within WWE a few weeks back that said Kidd was quitting the company, but that was chalked up to miscommunication. It was then said that Kidd would be back to work soon, and that he’s on good terms with WWE.

Kidd is reportedly taking time off to help heal his neck. He suffered a career-ending injury while taking a Muscle Buster from Samoa Joe during a RAW dark match on June 1, 2015. It’s been said that Kidd is lucky to be alive and that it’s a miracle he’s not confined to a wheelchair as he had an injury similar to what the late Christopher Reeve suffered. While he has made significant progress over the years, he has also stated that he’s at peace with never wrestling again.

The Observer added that while Kidd is able to function well, that doesn’t change the fact that his neck is in terrible shape and can flare up.

It was reported earlier this month by Fightful’s Sean Ross Sapp that there was talk of Kidd being frustrated with the company. One source reportedly stated that Kidd “didn’t show up” and wasn’t happy with how things were going, and was “no longer there,” but other sources, including the company, insisted Kidd was still employed. Kidd was last listed as a WWE producer on the January 10 RAW and the January 14 SmackDown. It was also stated that Kidd’s absence had nothing to do with wife Natalya losing to Aliyah in three seconds on that same SmackDown.

It was also said that there has been a lot of burnout among the WWE producers in the last month or so, and that many of the producers have been over-worked and exhausted, but still don’t complain about the workload.

As noted back after the Rumble, word going around was that Kidd’s absence was felt by the wrestlers who competed in the 30-Woman Royal Rumble Match as the match was said to be a “mess” and full of “chaos” while morale was low. It was also reported that at least one women’s wrestler passed on participating in The Rumble because they learned Kidd was not the producer.

As seen below, Kidd has been working out in his gym as of late: